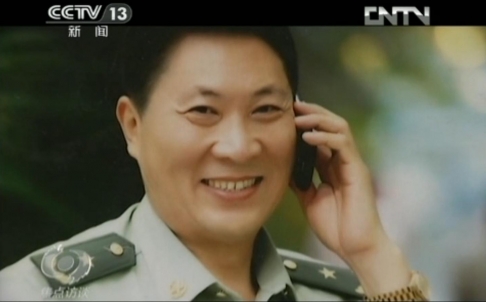 The South China Morning Post reports on a 58-year-old man who was arrested for defrauding families while pretending to be a PLA general:

China’s national television broadcaster has exposed a fake PLA general who allegedly defrauded families by more than 3.8 million yuan (HK$4.81 million) by pretending to broker admissions to top military training programmes in exchange for hundreds of thousands of yuan.

Dong Xianwei, 58, was arrested in March after he was discovered posing as a major general who controlled staffing positions within the military in Beijing, a CCTV news programme revealed on Tuesday.

He was reported to have allegedly defrauded six families by promising to allocate their children admission to military academies that he said would lead to an army job placement, in exchange for a 200,000 yuan payment per student that allowed them to bypass routine qualification examinations.

[…] Police eventually discovered that since 2005, Dong had collected over 3.8 million yuan from 19 individuals who went to him for “help” on personnel arrangement within the military. [Source]

This is not the first time someone has used fake official status to extort cash. Also see “China Battles With a Rash of Fake Officials,” or “‘I Though I Could Do a Better Job,’ Says Fake Official,” via CDT.