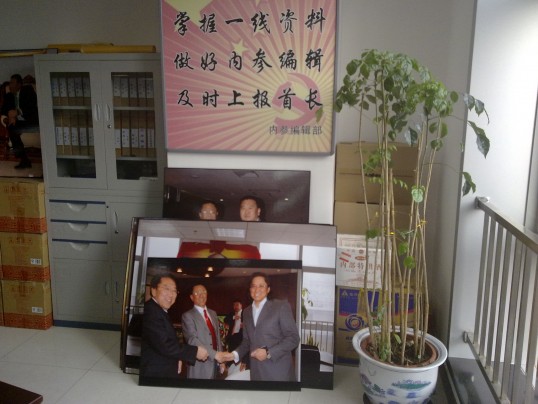 At The Washington Post, Simon Denyer reports on fake officials who trade their fictional influence for cash. Over 100 fake official organizations have been identified as vehicles for these scams, but Denyer focuses on Li Guangnian, who “draped himself in a [figurative] tiger skin to intimidate people” until he was accidentally brought down by online anti-corruption crusaders.

He had the swagger and the trappings of a senior party cadre, and a natural authority that made him hard to contradict. The walls of his office in the heart of the Chinese capital were adorned with photographs of him next to retired generals and government officials. He drove a top-of-the-range Audi and a Mercedes-Benz, and, in his 50s, had an 18-year-old mistress.

But Li Guangnian was not quite as he seemed. In a country that has perfected the art of imitation, from fake iPhones to a life-size replica of London’s Tower Bridge, from a faux Manhattan financial district to a museum filled with fake exhibits, Li was just another copy: a fake official with a fake organization peddling a false promise — of credibility and contacts, according to people who worked with and encountered him.

All over China, a country where the bureaucracy fills almost every available space with myriad organizations and where unimaginable sums of money can be made if you just know the right people, growing ranks of swindlers are peddling the ultimate currency — influence with the political elite. [Source]

Denyer also points to the case of Zhao Xiyong, whose arrest in March ended a three-year impersonation spree. “I thought I could do a better job,” Zhao explained.