How Free is the Shanghai Free Trade Zone? 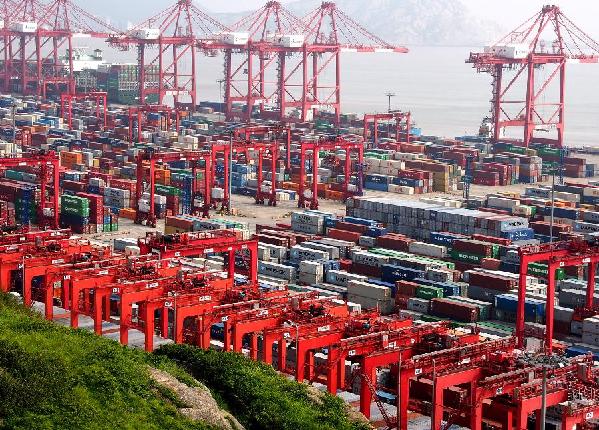 China opened a new free trade zone in Shanghai on Sunday, allowing banks and other businesses to experiment with certain financial reforms, including interest rate and currency liberalization. But while the government claims that the changes could eventually be implemented in other parts of the country, The New York Times’ David Barboza reported that a number of questions still remain:

“There’s a lot of interest, but few people know the details yet,” said Stephen Green, a Hong Kong-based economist at Standard Chartered Bank.

But Yao Wei, a Hong Kong-based economist at Société Générale, said in a report this week that the signs were encouraging, and that creating the zone was reminiscent of the bold experiments China made in the previous decades.

“The overarching theme of all the reform in the 1980s and 1990s was, simply put, liberalization,” Ms. Yao wrote. “Local experiments in strategically important cities not only served as policy signals of reform commitment but provided guidance as to the path of upcoming changes.” [Source]

The free trade zone may indeed be a wake-up call for Hong Kong, as the South China Morning Post claimed in a Friday editorial, but SCMP reporters Denise Tsang and Benjamin Robertson wonder how free it really is:

As the central government’s propaganda machine churned out news of the inauguration on Sunday, which star supporter Premier Li Keqiang and other state leaders decided to give a miss, some analysts have started asking exactly how different will the 29 square kilometre slice of trade haven in coastal Pudong New Area be.

Clues to concessions on corporate income tax have been elusive while very little has been said on capital account and interest rate liberalisation.

While dos are scarce, there is a long list of don’ts in the form of a “negative list” for foreign investors. Moreover, private companies are required to make public their annual profit and loss account, which some say would make foreign companies “uncomfortable”. [Source]

The New Yorker’s Jiaying Fan writes that the social and political implications of the free trade zone should not be ignored:

How will the zone’s architects handle political pushback from hard-liners who seek to restrict foreign competition? Does the government have a plan to accommodate the volatility, both economic and social, that could accompany greater exposure to the outside world? And will the loosening of restrictions for some foreign Web sites eventually extend to online comments from China’s own citizens?

On the first two questions, the Chinese government can look to Shenzhen for some historical perspective. But the third question raises a uniquely twenty-first-century concern—and, judging from the past few years, the answer appears to be no. The government has recently intensified its ongoing crackdown on influential micro-bloggers—many of whom speak reprovingly of Communist officials—as evidenced by the disturbing arrest of a sixteen-year-old who publicly questioned the mysterious death of a karaoke-club manager in northwest China. Mounting regulations have curtailed the politically edged commentary of cultural critics and ordinary citizens alike, and have sent a sharp message that the government will censure those who speak out too loudly against it.

In the coming days and months, the Shanghai free-trade zone will aim to prove itself as a transformative model of development that stimulates and inspires the rest of China. Will the government allow the rest of the country to emulate the ethos of digital freedom within its borders? [Source]