Jia Zhangke on Violence, Censorship and His New Film 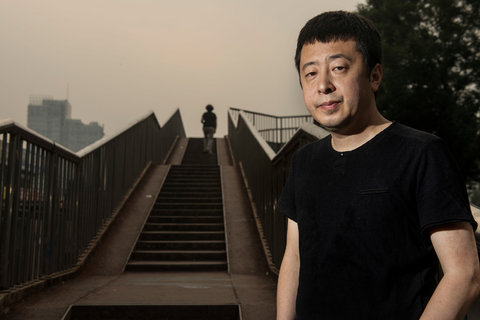 Edward Wong of the New York Times recently spoke with film director Jia Zhangke, whose new movie, a Touch of Sin, is playing at film festivals around the world after winning the best screenplay award at Cannes in May. In the two part interview, Jia talks about his motivation in making A Touch of Sin, censorship in China, and reactions to the film:

Q. Did you intend to make a film that was widely representative of China, both geographically and in terms of characters?

A. Yes, I had thought why didn’t I just film one of these stories, since each one could be made into a separate film? There were really two reasons. The most important is that we don’t experience life by encountering just one person or one event. Rather, we encounter lots of information and many people at the same time. I wanted to convey this experience through multiple stories, the experience of exchanging information back and forth on the Internet. Another reason is that each story is really a very extreme one, because violence is itself extreme. An extreme story is not necessarily something that happens all the time. So it often gives the impression of being an isolated case, and it might seem like this person was simply in very particular circumstances that led to this tragedy.

But what we see in China today is that these kind of events happen all the time. They are no longer rare events. There are profound social reasons why they occur. So I feel that by using multiple stories we are telling people that this isn’t necessarily an exception, nor is this an isolated and extreme story. That these kind of stories happen in China all the time. [Source]

Read Part 1 and Part 2 of the interview. Also see more about Jia and A Touch of Sin via CDT.