Doctors Stabbed in String of Attacks 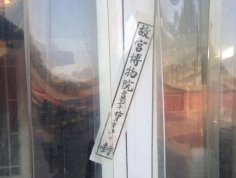 Reuters reports that a man displeased with the results of his nose operation stabbed a doctor to death and wounded two others on Friday. The incident was at least the third attack on doctors this week, recalling earlier reports linking violence against medical staff to mistrust in China’s healthcare system.

Lian had gone to the ear, nose and throat department looking for the doctor who treated him, but he was not there. He pulled out a knife and stabbed the head of the department instead, Xinhua said.

Lian also stabbed two other doctors before he was restrained by security guards, it added, without providing further details.

Earlier in the week, a man killed himself by jumping from a hospital building after stabbing a doctor six times in northeastern Liaoning province after a disagreement over complications from surgery on his arm.

Two doctors were also beaten up by angry family members of a patient who died in hospital in southern China’s Guangdong province. [Source]

The attacker, surnamed Zheng, and the two victims worked at the museum.

The 49-year-old man tried to commit suicide, but was apprehended and taken to a hospital, the Beijing Times said on its Sina Weibo microblog citing police sources.

The attack came after a series of stabbing attacks shocked the country and led to a ban on the sale of knives in the capital. In July, a man armed with a knife went on a rampage at a Carrefour shopping centre, in Beijing’s western district, killing one and wounding at least four people. Days earlier, another man stabbed two people, including an American woman, to death, in the city. [Source]

See more on these earlier attacks via CDT.