Xia Yeliang and Prospects for Academic Freedom in China 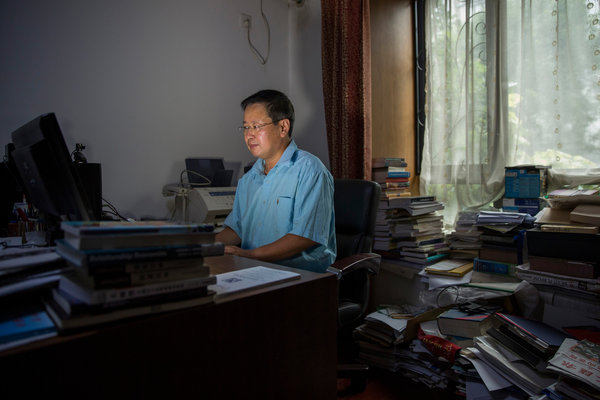 Xia Yeliang, an outspoken professor of economics at Peking University, is facing dismissal when his colleagues vote on whether he should be allowed to keep his position. Xia’s case, which has gotten support from his former colleagues at Wellesley College, has shed light on issues of academic freedom in China, as the government launches a crackdown on free speech in other arenas. The New York Times reports:

In the coming weeks, Professor Xia says, he is likely to be dismissed from his teaching post at Peking University, one of the nation’s most prestigious schools, a move he and others say reflects the government’s determination to control intellectual discourse at the nation’s leading educational institutions.

Administrators have told him his fate will be decided by a panel of his peers, a feint he says is intended to head off criticism that his punishment is politically driven. “I’m not terribly optimistic for my future,” said Professor Xia, 53, an animated man whose classroom lectures on macroeconomics are often flecked with colorful jabs at the party.

The effort to silence Professor Xia has thrown into sharp relief the challenges facing elite colleges and universities like Peking University, caught between political controls at home and their ambitions to gain international respect as grand centers of learning. In recent years, the university has waged a muscular and well-financed effort to raise its global profile through partnerships and exchanges with some of the world’s top institutions.

[…] Zhang Qianfan, a law professor at Peking University, said punishing Professor Xia would most likely harm the university’s efforts at elevating its stature abroad. “It would send out a message that the university is not able to resist political interference and is unable to separate politics from academics, which is a basic requirement for those trying to carry out decent academic work,” he said. [Source]

In an effort to address some of these concerns, nine leading research universities in China have signed a pact, drafted by universities in Europe, Australia and the U.S., to uphold academic freedom. From the South China Morning Post:

It is the first attempt to provide a shared, global definition of the key qualities that are necessary for research universities to be effective.

The C9 members are Fudan, Nanjing , Shanghai Jiaotong, Tsinghua, Xian Jiaotong and Zhejiang universities, Harbin Institute of Technology, Peking University and the University of Science and Technology of China.

A research university would exhibit “the responsible exercise of academic freedom by faculty to produce and disseminate knowledge through research, teaching and services without undue constraint within a research culture based on open inquiry and the continued testing of current understanding”, the statement said. [Source]

Read more about Xia Yeliang and about academic freedom in China, via CDT.