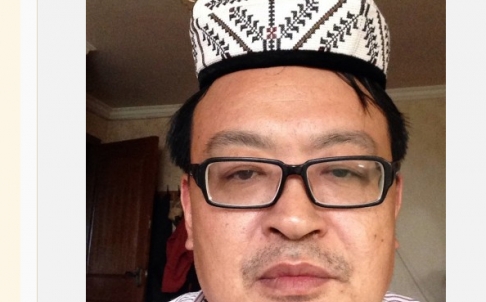 Jane Perlez reports in the The New York Times that nine assailants were shot and killed Saturday night after attempting to “storm a police station” in Xinjiang where two policemen also died in the attack:

Details of the assault were sparse, but the news agency said the attackers in Selibuya had been armed with knives and axes. Calls to the authorities in Kashgar, about 100 miles from the police station, and in the nearby town of Bachu were not answered.

The violence occurred more than two weeks after the Chinese authorities arrested five people from Xinjiang Province in connection with an attack last month on Beijing’s Tiananmen Square that left five dead. The Chinese government has suggested that those suspects are Uighur separatists. [Source]

Although the group of assailants has yet to be identified as Uyghurs, in the Wall Street Journal, Brian Speagle reports that socioeconomic disparities have increased tensions  in the region:

In recent interviews, many ethnic Uighurs lamented growing socioeconomic disparities in parts of the region, which is rich in natural resources. State-owned companies have set up widely in parts of Xinjiang, but Uighurs say Han Chinese transplants from outside Xinjiang often win such jobs due to language barriers between Han Chinese and Uighurs, among other factors.

China’s government has attempted to use economic development as, a way to win stability in Xinjiang. But the impact of large numbers of Han flooding traditionally Uighur locales has exacerbated tensions. Interethnic riots in Urumqi left nearly 200 people dead in 2009.[Source]

In The National Interest, Julia Famularo explores “China’s Uigher dilemma” after Usmen Hesen, his wife, and his mother recently allegedly crashed their car into the Golden Water Bridge by Tiananmen Square:

Scholars, experts, and journalists must therefore ask themselves, what does the Chinese government seek to gain by shaping political narratives on terrorism in a way that reflects its own ethnic and religious agenda as well as geopolitical and geostrategic agenda? Which mechanisms can the government employ to empower ethnic and religious minorities to effectively and openly express their concerns regarding the implementation of minority policy, without subsequently branding them “terrorists,” “separatists,” or “extremists?” How can the government alleviate ethnic tensions in the long term while still providing space for ethnic and religious minorities to protect and preserve their unique cultures? The answers to these pressing questions can be achieved only through frank and open dialogue. Individual and collective actions motivated solely by fear and an impending sense of crisis will ultimately cause nothing but mutual harm and acrimony.[Source]

“Uygurs are angry that women are not allowed to cover their faces or that they must bribe government officials to get things done,” said a 30-year-old doctor.

Like other interviewees he asked not to be named for fear of repercussions.

“They don’t go overseas” for terrorism training, he said. “The problem is they are unhappy with officials in Hotan. The governance is bad and that’s why these idiots do what they do – make trouble, turn to violence.”

Several said they did not know whether Islamic extremism or other factors motivated the Tiananmen attack, in which police said a man, his wife and his mother crashed into crowds on the square, killing two tourists, before setting their car on fire and dying in the blaze.[Source]

The SCMP reports that one Shanghai-based ethnic Han journalist, Yang Haipeng, has begun to wear a Uyghur hat called a “doppa” at security checkpoints to show his solidarity:

“My Uygur brothers, if you feel humiliated by excessive security checks, please know a Han Chinese person is willing to go through this with you,” Yang wrote. He also published a photo of him wearing a doppa he had ordered from Taobao, China’s popular online retail store.

Discerning readers quickly pointed out that Yang had ordered a hat intended for wear by young Uyghur girls. Many offered to send him a hat more “appropriate” for men.

Despite this bumpy start, Yang’s action has drawn support and appreciation from friends and strangers alike.

“I am deeply touched that a Han Chinese person is willing to take action to support us,” Eliar Abla, a media practitioner living in Urumqi, in China’s far-flung Xinjiang province, told the South China Morning Post. “It’s rare and precious.”[Source]