With Depression on the Rise, China Turns to Drugs 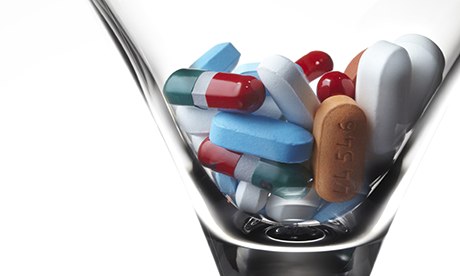 The Guardian reports that the use of antidepressant drugs are rising in China along with depression rates and a public awareness of mental health disorders:

Although China does not publicise official statistics on mental health, most evidence suggests that its depression rate is on the rise. Contemporary China is a psychologically taxing place – as living standards improve, social competition has become fierce; for many, buying an apartment, finding a spouse, and supporting a family feel like insurmountable tasks. Awareness of the disorder, once stigmatised as a mark of weakness, is rising. Depression-related websites are proliferating, and antidepressant sales have risen sharply.

Yet according to experts, the country’s public health system is struggling to keep up with the demand. “Looking at the international incidence of the disorder – the percentage of people who have depression – China has very, very few psychiatrists,” said Jian Lili, a psychological counsellor in Beijing. Many Chinese people find psychotherapy prohibitively expensive, Jian said, so they turn to eastern remedies such as acupuncture and herbs; some refuse treatment entirely.

They’re also turning to drugs. China may be home to more than 30 million depression patients, according to a 2012 report by the market data company Research and Markets, and the country’s antidepressant market is booming. About £326m of the drugs were sold in 2012 – a small portion of China’s pharmaceuticals market as a whole, but growing quickly, with a 22.6% increase on 2011. [Source]

Recent data from the OECD shows that antidepressant usage is on the rise throughout the developed world, a fact that many experts attribute to over-prescription and a lack of counseling services. A feature on the topic published last year by Caixin reported that depression costs China about 52 billion yuan annually. Also see the Caixin podcast “China Struggles to Cope With Depression,” or all prior CDT coverage of depression.

China Begins to Bring Mentally Ill ‘Back to Society’