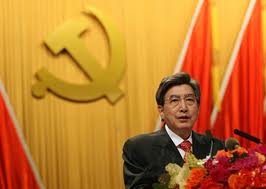 The South China Post’s Amy Li reports that Beijing’s party chief, former mayor Guo Jinlong, pleaded on Wednesday with the city’s propaganda officials to tighten their grip over the Internet:

Guo made the strongly-worded speech, filled with references to President Xi Jinping’s “Chinese Dream,” on Tuesday, just days ahead of a key Communist Party meeting – the third plenum- scheduled to begin on Saturday in Beijing.

“Let’s overcome the wrong belief that ‘the internet is impossible to regulate’,” he said, before instructing his officials to use “economic, administrative, legal and educational” methods to get the upper hand in the “battle of public opinions.”

Guo’s remarks are believed to be a response to a call made by President Xi Jinping to Communist Party’s propaganda machine  in August. Xi asked propaganda officials to build “a strong army” to “seize the ground of new media,”  in a time when Beijing was stepping up its campaign against internet “rumours” and reining in influential online opinion leaders. [Source]