China To Step Up Security After Latest NSA Leaks 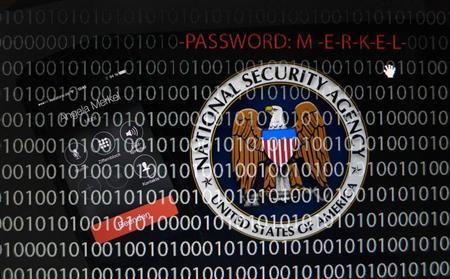 Reuters reports that China, calling itself one of the world’s “biggest victims of hacking,” will step up its security measures in response to the latest NSA leaks of American spying in Europe:

“Like many other countries, we have been paying close attention to these reports,” Chinese Foreign Ministry spokeswoman Hua Chunying told a daily news briefing.

“China is concerned about the continued revelations of eavesdropping and surveillance and is paying attention to how the situation develops,” she added.

“We will take the necessary steps to resolutely maintain the security of our own information,” Hua said, without elaborating.[Source]

In Newsweek Magazine, Kurt Eichenwald argues that Edward Snowden may have “killed the U.S.’s only shot at reining in China’s voracious theft of corporate, government, and military secrets”:

Snowden’s clandestine efforts to disclose thousands of classified documents about NSA surveillance emerged as the push against Chinese hacking intensified. He reached out to reporters after the public revelations about China’s surveillance of the Times‘s computers and the years of hacking by Unit 61398 into networks used by American businesses and government agencies. On May 24, in an email from Hong Kong, Snowden informed aWashington Post reporter to whom he had given documents that the paper had 72 hours to publish them or he would take them elsewhere; had the Postcomplied, its story about American computer spying would have run on the day Donilon landed in Beijing to push for Chinese hacking to be on the agenda for the presidential summit.

The first report based on Snowden’s documents finally appeared in The Guardian on June 5, two days before the Obama-Xi meeting, revealing the existence of a top-secret NSA program that swept up untold amounts of data on phone calls and Internet activity. When Obama raised the topic of hacking, administration officials say, Xi again denied that China engaged in such actions, then cited The Guardian report as proof that America should not be lecturing Beijing about abusive surveillance.

“Snowden couldn’t have played better into China’s strategy for protecting its cyber activities if he had been doing it on purpose,” one American intelligence official says.[Source]

After the latest NSA leaks, South China Morning Post’s Tanna Chong reports that a video produced by the People’s Liberation Army  “accuses the US and Britain of using Hong Kong as a base to destabilise and infiltrate mainland China,” which could be seen as “a significant step by Beijing to tighten control over Hong Kong”:

The video was made under the supervision of two senior People’s Liberation Army generals, Liu Yazhou and Wang Xibin , at the university, which is run by generals and where many teaching staff are mid-ranking PLA officers.

Occupy organiser Dr Chan Kin-man said: “The accusations are not backed by any substantial evidence. This … smearing shows China’s worries. I believe there will be more … to come.”[Source]

It is not clear if the video was intentionally released online or somehow leaked, but it began disappearing from Chinese websites on Thursday night. Its heavy ideological content and propaganda style suggest it may have been produced to support the work of the military’s political commissars, who are charged with the ideological indoctrination of troops and maintaining their morale, discipline and loyalty. As such, the film appears to offer a remarkably straightforward glimpse into the Cold War mind-set of the Chinese military leadership, as well as the deep suspicions of the United States festering inside one of the most influential institutions in the Chinese political system.

Cutting from crude graphics of American dollar bills to standard shots of the Statue of Liberty to blurry footage of American leaders from George Washington to President Obama, the video bemoans the fall of the Soviet Union and warns that China faces a similar fate if it fails to counter Washington’s nefarious efforts to infiltrate Chinese society.

The General Staff Department of the People’s Liberation Army is listed as a producer of the film, along with the army’s National Defense University and the Chinese Academy of Social Sciences.[Source]

In another SCMP report on the film, Minnie Chan reports that “the 100-minute video appears to be intended for internal distribution but copies have circulated online” and that the video claims that “Washington used the same tactics to cause the collapse of the Soviet Union in 1991 and to influence the ‘jasmine revolution’ that toppled Tunisia’s former strongman Zine el-Abidine Ben Ali in 2011.”

Reuters cites a Xinhua editorial which claims that the United States “risks its own security by refusing to trust even its own friends and by spying on its allies”:

“The sole superpower’s spying saga is spicy on a heart-attack scale. It is particularly hurtful to those supposed to trust America the most – its allies,” Xinhua said in an English-language commentary, peppered with colorful language.

“What is counter-intuitive in the NSA forage is its nonsensical approach: relentless and indiscriminate like a vacuum cleaner. It just bugs everybody, even its closest allies in Europe,” it added.

[…]”Ironically enough, the bugging undermines the very thing it is supposed to protect – national security. As America pins its security on alliances, the tapping tale would sour its relationship with allies – and thus erode its security bedrock – more than any terrorist would be capable of,” Xinhua wrote.

Xinhua commentaries are not official policy statements, but can be read as reflections of Chinese government thinking.[Source]

On the other hand, at SCMP, Olivia Rosenman writes that a Russian news agency reports that the Chinese have been inserting microchips inside of home appliances like tea kettles:

According to the report, which was translated by UK based tech publicationThe Register, local authorities last week examined kettles and irons and found chips in 20 to 30 appliances imported from China.

Earlier this week reports emerged that Russia has gifted treat bags stuffed with spyware to the world’s leaders at the September Group of 20 summit. Phone chargers and USB thumb drives were revealed to be “suitable for undercover detection of computer data and mobile phones”, according to an investigation ordered by Herman Van Rompuy, president of the European Council, and reported in Italian newspaper Il Corriere della Sera.[Source]