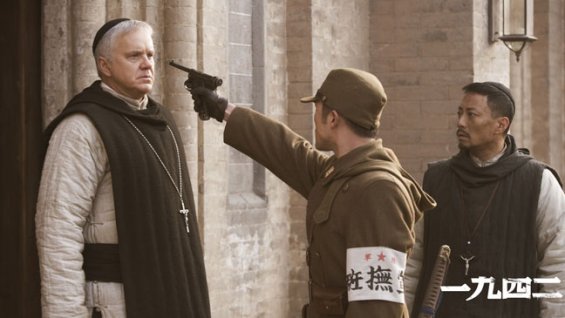 In an interview with The Hollywood Reporter’s Scott Feinberg, Chinese director Feng Xiaogang addressed a range of topics including his early life and career, his Oscar-nominated 2012 film Back to 1942, the country’s changing film market, shifting attitudes to piracy, and whether he really is “the Chinese Spielberg.” Feng also discusses his views on censorship, which he believes is “holding back the nation’s film industry”:

Explaining what it is like to work under the censors, Feng continued, “You have to keep a lot of things in mind when you’re making a film, and that’s hurting the film already in the first place, because you’re always thinking, ‘Okay, can this get through?’ And after you send it to them, they give you a lot of little notes about changes that you have to make, and every little bit of sacrifice, in the end, is a great harm to the film itself.” He added, “A lot of the suggestions that they give you — like, I almost want to laugh. [I ask myself] ‘What does that even mean?’ It’s ridiculous. ‘What is wrong with this line? What is wrong with this shot?’ But they just make you change it. So that’s really frustrating to a lot of directors, and it almost feels like, ‘Okay, I just don’t want to do this anymore because they’re always there to stop me.'”

[…] Regardless of how much success Feng achieves and how many accolades he brings to China, he doubts that he will ever be able to make films in his country without interference from the censors: “It doesn’t seem possible,” he said mournfully. But, in spite of those roadblocks, he feels that, with Back to 1942, he has made a film that he can truly stand behind — and which he feels the Academy might embrace, too. “I believe that 1942 is the closest that you can get to an Oscar-level film for China because of the censorship,” he explained. “This film is really different because the themes of the film — pain and struggle — are international, not about China alone.” [Source]

Read more about censorship of films in China via CDT.