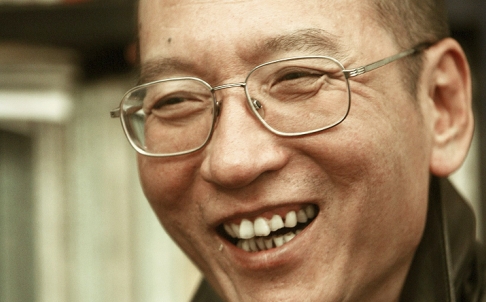 Five years into his 11-year prison term, Chinese Nobel Peace laureate Liu Xiaobo plans to challenge his subversion conviction on grounds that he was legally exercising his right to free speech, his lawyer said on Tuesday.

The complaint seeking a retrial would likely have slim chances for success. But lawyer Mo Shaoping said Liu’s family no longer feels it has anything to lose by challenging the conviction and that his attorneys hope to test recent pledges by China’s ruling Communist Party to make the country’s judicial system more independent.

[…] Liu’s conviction was upheld by an appeal court in Beijing, and his family members initially did not plan to challenge the verdict any further. However, they renewed their resolve to fight the verdict after authorities earlier this year jailed his wife’s brother on a fraud conviction in a case critics say was a political punishment for Liu’s pro-democracy advocacy.

[…] Mo said Liu agreed to the new legal challenge during a prison visit by his wife in October. Mo said he and a fellow lawyer have asked to meet Liu to discuss details but are awaiting permission from the local jurisdiction in China’s northeast where Liu is locked up. [Source]

Liu Xiaobo and his lawyers plan to make the appeal on the grounds of citizens’ legal right to freedom of expression. The New York Times reports:

“This is requesting that a court retry the case,” Mr. Mo said. “The appeal here means he doesn’t accept the verdict already in effect that was reached by the court in the initial and second trials.”

Mr. Mo said he was preparing to submit papers to the Beijing Municipal High People’s Court contesting the verdict against Mr. Liu, who was convicted of “inciting subversion of state power.” Mr. Mo said he or a colleague also hoped to visit Mr. Liu, who is held in a prison in northeast China.

“The basis for the appeal is the same argument we raised earlier — writing essays, participating in drafting Charter ’08, are all part of a citizen’s right to freedom of expression,” said Mr. Mo. “When we appeal, they will have to accept our documents, assess the case, and decide whether to hold a retrial.” [Source]

Liu Xiaobo’s wife Liu Xia, who recruited lawyers to aid her husband’s appeal, has been placed under strict house arrest since Liu Xiaobo was awarded the Nobel Prize. From Radio Free Asia:

Liu Xia remains incommunicado and under strict house arrest at the couple’s home in Beijing, where she has been held since her husband’s Nobel was announced.

Beijing-based activist Hu Jia, a close friend of the couple, said she was in poor physical and mental health after her long house arrest.

“She is nearly in a state of mental collapse,” he said. “She’s not even allowed to go out to take a walk.”

[…] “The authorities listen into everything she talks to Liu Xiaobo about,” Hu said, adding that she could not tell her husband about the sentencing of her brother Liu Hui, who was convicted of “fraud” this year and sentenced to 11 years in prison. [Source]

Read more by and about Liu Xiaobo, via CDT.