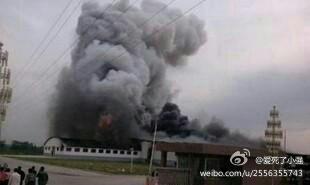 The following censorship instructions, issued to the media by government authorities, have been leaked and distributed online. Chinese journalists and bloggers often refer to these instructions as Directives from the Ministry of Truth.

State Council Information Office: Do not republish [coverage] of, comment on, or independently investigate reports of an explosion at a Xinjiang Bagang Steel Structure Co. Ltd. workshop; all websites must delete previous posts. (November 11, 2013)

A liquid ammonia explosion at the Urumqi plant late last night has killed six people and injured another six, according to Xinhua [zh]. In September, an ammonia leak at a Shanghai refrigeration plant killed 15 and sickened 26.