Teng Biao Urges China to Follow Its Own Laws 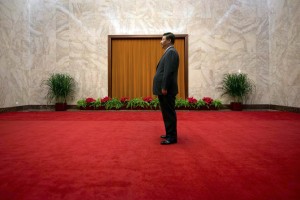 I said that Chinese officials often say that activists like Teng have little support among the people, who (officials say) value stability above all.

“Activists are very few, because it is very risky,” he replied. Most people are indifferent to politics. But, he said, people’s attitudes change when their own rights are violated — “forced evictions, forced abortions, a relative is detained.”

Teng said the Internet is opening new possibilities for civil action — for organizations that are barely organized, with no fixed address or defined leaders, like the New Citizens’ Movement he has helped promote. In a country with endemic corruption, the movement demands that officials disclose their assets. With millions of internal migrants not allowed to register in their new locations and so excluded from many services, it demands equal education for all children. These are issues that can resonate with ordinary Chinese. [Source]

See more about and by Teng via CDT, including his own accounts of a 2010 detention and the costs of activism in China.