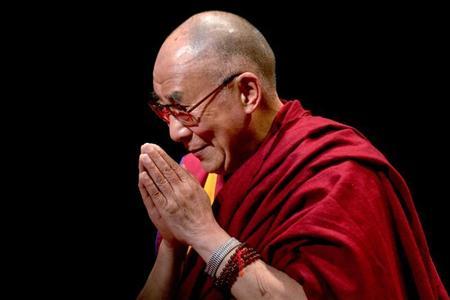 A journal article by Tibet’s Party chief has urged the silencing of the Dalai Lama’s voice in the region to block his alleged incitement of separatism and self-immolations. From Ben Blanchard at Reuters:

Writing in the ruling Communist Party’s influential journal Qiushi, the latest issue of which was received by subscribers on Saturday, Tibet’s party chief Chen Quanguo said that the government would ensure only its voice is heard.

“Strike hard against the reactionary propaganda of the splittists from entering Tibet,” Chen wrote in the magazine, whose name means “seeking truth”.

The government will achieve this by confiscating illegal satellite dishes, increasing monitoring of online content and making sure all telephone and internet users are registered using their real names, he added.

Chen made similar pledges in 2012, but his reiteration of these priorities now is the latest blow to well-pummeled hopes of a softer Tibet policy that briefly emerged this summer. A government white paper landed another kick last month, declaring that there would be no change to the “correct” established course.

Television and satellite dish seizures, electronic surveillance and real name registration are already well underway in Tibet. Both VOA and the BBC complained in February of intensified shortwave radio blocking, which began soon after self-immolations peaked in November 2012 and appeared focused on Tibet and along the Indian border. The U.S. government-funded VOA has frequently been accused by authorities of glamorising and inciting self-immolations.

China has worked equally hard to keep information from leaving Tibet, punishing those found with digital images of self-immolations and barring foreign journalists from many Tibetan areas. Speaking at Yale University recently, Tibet-focused anthropologist Carole McGranahan commented that “there are more foreign journalists in North Korea than there are in Tibet today.”