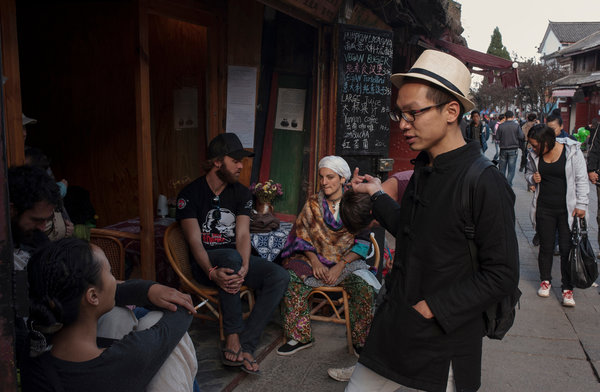 The urban refugees come from all walks of life — businesspeople and artists, teachers and chefs — though there is no reliable estimate of their numbers. They have staked out greener lives in small enclaves, from central Anhui Province to remote Tibet. Many are Chinese bobos, or bourgeois bohemians, and they say that besides escaping pollution and filth, they want to be unshackled from the material drives of the cities — what Ms. Lin derided as a focus on “what you’re wearing, where you’re eating, comparing yourself with others.”

The town of Dali in Yunnan Province, nestled between a wall of 13,000-foot mountains and one of China’s largest freshwater lakes, is a popular destination. Increasingly, the indigenous ethnic Bai people of the area are leasing their village homes to ethnic Han, the dominant group in China, who turn up with suitcases and backpacks. They come with one-way tickets from places like Beijing, Shanghai, Guangzhou and Shenzhen, all of which have roaring economies but also populations of 15 million people or more.

On Internet forums, the new arrivals to Dali discuss how to rent a house, where to shop, how to make a living and what schools are best for their children. Their presence is everywhere in the cobblestone streets of the old town. They run cafes, hotels and bookstores, and the younger ones sit on the streets selling trinkets from blankets.[Source]