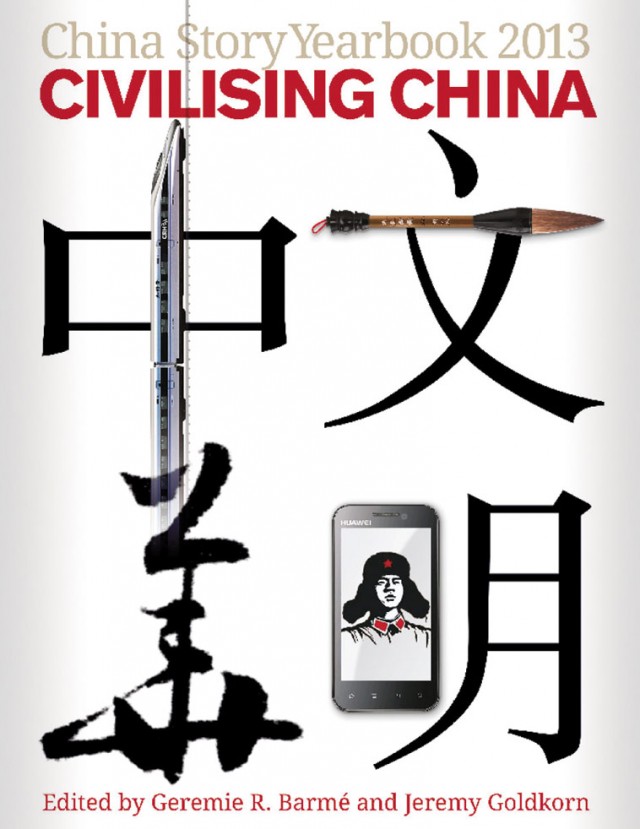 The Australian Centre on China in the World at Australian National University has released its China Yearbook 2013, “Civilising China,” which covers the period of the leadership transition in 2012-13 and is edited by Geremie R. Barmé and Jeremy Goldkorn. The publication contains essays on a variety of topics, including foreign policy, economics, women’s rights, land rights, corruption, the Internet, and freedom of speech. From the introduction by Barmé:

In the years leading up to the 2012–2013 power transfer, Chinese thinkers, commentators and media activists speculated widely about the path the new leaders were likely to take. Many offered advice on what that should be. Some argued that the previous decade-long era under Hu Jintao and Wen Jiabao, although significant in many ways, had failed to confront or successfully deal with such major issues as income disparities, the environment, economic restructuring, political reform, population policy and foreign affairs. Others with a more neo-Maoist bent (whose views featured in China Story Yearbook 2012), criticised the government for what they saw as its neo-liberal agenda of rabid marketisation that, in their eyes – and for all the Communist Party’s rhetoric to the contrary – betrayed the Party’s traditions of frugality, following the ‘Mass Line’ (that is engaging with grassroot opinions and needs) and the upholding of socialist ideals.

As the new leadership took command, it became clear that it would neither lurch to the right (the more liberal end of the political spectrum) nor return to the radical politics of the past. Instead they would continue what they celebrated as the China Way (Zhongguo daolu 中国道路), which focuses on economic reforms while maintaining stern Party domination of politics and the public sphere. [Source]