1 in 5 Children Live in Rural Villages Without Parents 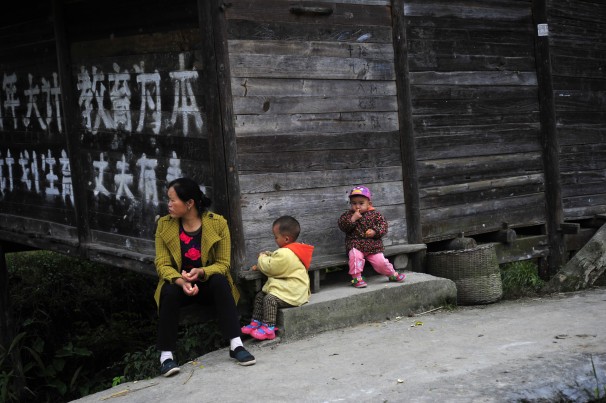 William Wan at The Washington Post tells the story of China’s “left-behind children” who grow up in rural villages apart from parents working far from home in the cities. Wan’s report highlights the story of barber Wu Hongwei and his wife Wang Yuan whose daughter, Beibei, has been left in the care of family relatives in the countryside since she was nine months old:

More than 61 million children — about one-fifth of the kids in China — live in villages without their parents. Most are the offspring of peasants who have flocked to cities in one of the largest migrations in human history. For three decades, the migrants’ cheap labor has fueled China’s rise as an economic juggernaut. But the city workers are so squeezed by high costs and long hours that many send their children to live with elderly relatives in the countryside.

[…] Every day, they phoned and told the little girl that “Mommy loves you” and “Daddy misses you.” They taped photos of themselves on the concrete walls of her room at her grandparents’ house.

But after almost two years, they have come to a stark realization.

“We are complete strangers to her,” Wu said.

[…] Wang and Wu have since started planning to bring their daughter to the city permanently. They haven’t figured out how to overcome the financial hurdles, but they have set a deadline: the beginning of February, after the Chinese New Year. [Source]