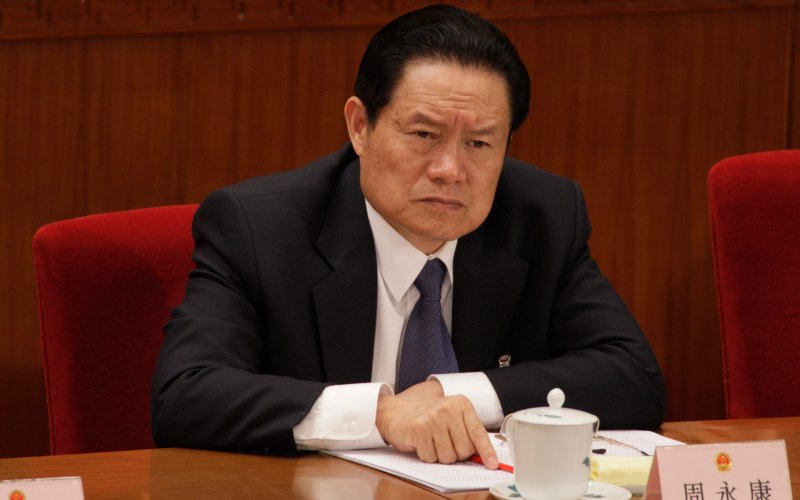 The New York Times adds weight to rumors that former security chief Zhou Yongkang and his family members are the targets of an unprecedented investigation for abuse of power and corruption. Jonathan Ansfield and Chris Buckley report:

It is the first time since the founding of the People’s Republic of China that an official who has held such high office has been the focus of a formal corruption investigation, and in pressing his antigraft crusade to new levels, Mr. Xi has broken a longstanding taboo. Mr. Zhou was once a member of the Communist Party’s top rung of power, the Politburo Standing Committee, and even retired members of that body have always been spared such scrutiny.

The principal allegations against Mr. Zhou emerged from investigations over the past year into accusations of abuse of power and corruption by officials and oil company executives associated with him. Those inquiries have already encircled his son, Zhou Bin, and other family members, the sources said.

Mr. Xi and other leaders agreed by early December to put the elder Mr. Zhou directly under formal investigation by the party’s commission for rooting out corruption and abuses of power, the sources said. They said a senior official went to Mr. Zhou’s home in central Beijing to inform him about the inquiry, and Mr. Zhou and his wife, Jia Xiaoye, have since been held under constant guard.

The people who gave the account were an official with a state broadcaster, a former province-level party corruption investigator, a lawyer with family connections to the party elite, a businesswoman with similar ties and a businesswoman who is the granddaughter of a late leader. They all spoke on the condition of anonymity, citing the risk of recriminations for discussing sensitive politics. [Source]

Rumors that Zhou was the target of a corruption investigation go back to 2009, when he was still a powerful member of the Politburo Standing Committee. Read more about Zhou Yongkang via CDT.