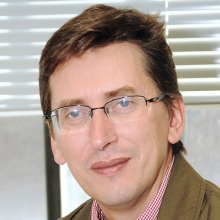 At ChinaFile, the author of the upcoming book, Internet Literature in China, Michel Hockx, emphasizes the need for “archiving ‘born-digital’ books” as huge numbers in China publish e-books to curtail print censorship regulations:

In July of last year, Brixton, U.K.-based novelist Zelda Rhiando won the inaugural Kidwell-e Ebook Award. The award was billed as “the world’s first international e-book award.” It may have been the first time that e-writers in English from all over the world had been invited to compete for an award, but for e-writers in Chinese such awards have been around for well over a decade. This might sound surprising, since the Chinese Internet is most frequently in the news in the West for the way in which it is censored, i.e. for what does not appear on it. What people often forget, however, is that the environment for print publishing in China is much more restricted and much more heavily censored. Therefore, those with literary interests and ambitions have gone online in huge numbers. Reading and writing literature is consistently ranked among the top reasons1 why Chinese people spend time online.

[…] In order for online Chinese-language literature to be preserved, its cultural value needs to be appreciated not just by foreign enthusiasts, but more generally by scholars and critics in China itself. The first decade or so of Chinese writing on the Internet will probably never be restored in any detail, but a relatively complete picture might still emerge if existing partial archives were merged. Meanwhile, I hope that new archiving options for later material will become available soon. [Source]