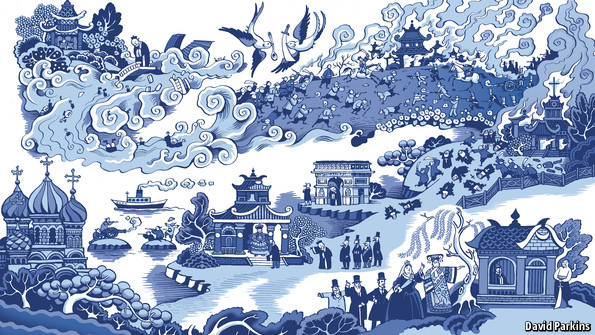 As the merits of the likely next U.S. ambassador to China come under scrutiny, The Economist’s Gady Epstein recounts the disastrous career of “China’s worst ever diplomat” for the newspaper’s Christmas special edition. “Knowledge of the outside world was not a virtue” in late Qing officialdom, he writes, “and Chonghou was not afflicted with it.”

IT WAS the summer of 1880. In China’s rugged north-west, Russian soldiers were skirmishing with Chinese forces. In the seas to the east, the tsar’s navy was approaching Chinese waters. Thousands of Chinese troops were dispatched to Tianjin, near the capital, Beijing, where an army was mobilising for a war the Qing empire did not wish to fight. Considering that China and Russia had just negotiated a treaty, things were not going terribly well.

In Beijing the blame for all of this was falling heavily on the head of one plump, bewhiskered gentleman, Wanyan Chonghou. A wealthy nobleman and formerly a trusted confidant of the imperial family, Chonghou, then 54, was in prison awaiting decapitation. He had been sentenced to death, essentially for the crime of being China’s worst ever diplomat. Sent to Russia to extract concessions from the tsar, he made them instead.

[…] One man’s life hung in the balance. But should the defendant have been Chonghou or the dynasty that made him? What is strangest about the case of China’s worst diplomat is that he was given this fateful mission at all. For he had bungled things before. [Source]