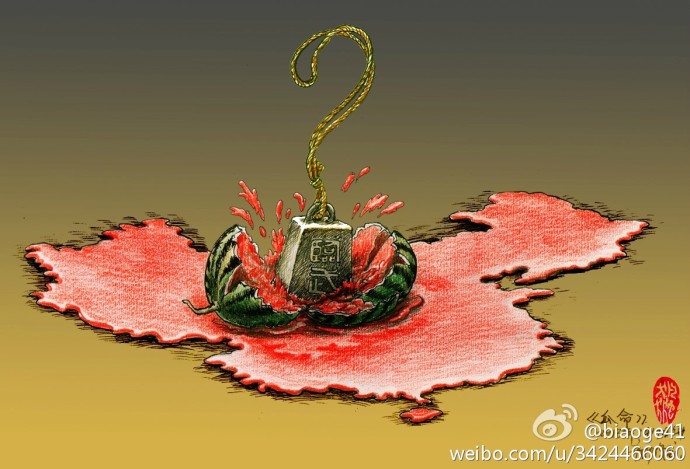 Four chengguan urban management officials have received prison sentences of up to 11 years for their parts in the death of watermelon vendor Deng Zhengjia in July. Deng died following a fight during which he was allegedly beaten with his own measuring weight, sparking widespread public outrage. From Xinhua:

[…] The officers confiscated Deng’s scales and four watermelons after he and his wife, who were selling watermelons at an area prohibited to vendors, ignored the officers’ instructions, the court said in a verdict.

A brawl broke out between the Deng couple and the four officers about one hour later at another market, during which Deng died. The autopsy results showed that Deng died of an intracranial hemorrhage caused by external force, the court said. [Source]

Deng’s death, together with the case of Beijing airport bomber Ji Zhongxing, became a focal point for anger at police and chengguan brutality in 2013.