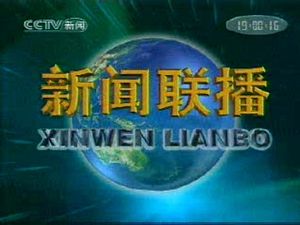 On November 13, the web portal KDNET posted an infographic about CCTV’s flagship news program, Xinwen Lianbo (News Simulcast) to its official Weibo. China Media Project determined that the post had been deleted by 5:04 p.m. that day. FreeWeibo also captured the censored image and text. China Media Project has translated KDNET’s introduction to the infographic:

[A research report on CCTV Nightly News: More than 60 percent of web users don’t watch the program at all, and 70 percent say it’s poor!] Recently, China Central Television said its own satisfaction surveys showed that it’s Nightly News program was on top. Since the 1950s, the CCTV Nightly News has dominated prime time television for tens of millions of Chinese families. But survey results [from Netease] show that more than 60 percent of web users don’t watch it, and close to 70 percent believe it is rather poor. There’s a big gap between this survey and CCTV’s own investigation! [Source]

While most Internet users aren’t tuning into Xinwen Lianbo, the program has been the target of online ridicule for failing to report on major domestic stories. This April, for instance, one Weibo user complained that the program made no mention of avian flu, instead devoting much of the half-hour to Xi Jinping’s meeting with the sultan of Brunei. The KDNET infographic includes a popular rhyme about the format of Xinwen Lianbo:

Final 10 minutes: The world outside China is extremely chaotic.

CDT has translated the entire infographic, which includes a detailed history of Xinwen Lianbo, the evolution of anchors’ outfits, speaking speeds, and stock greeting.

ChinaSmack has translated netizen reaction to CCTV’s own recent survey, which contrary to the NetEase survey cited in the infographic, suggests viewers are highly satisfied with Xinwen Lianbo.