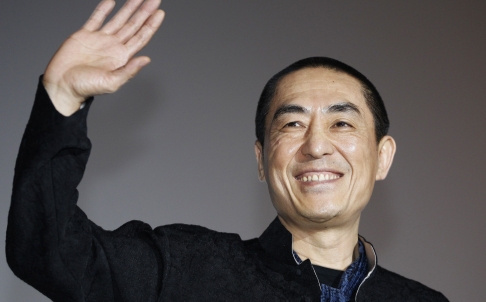 Six months after he was accused of breaking family planning rules, the renowned film director Zhang Yimou has admitted to having 3 children with his current wife before they were legally married. From Amy Qin at The New York Times’ Sinosphere:

According to an open letter published Sunday night on his office’s official microblog, Mr. Zhang and his wife, the actress Chen Ting, are ready to cooperate fully with local family planning authorities and accept any fine that might be imposed.

[…] The statement, the authenticity of which was confirmed by associates of Mr. Zhang, denied that the director had fathered several children out of wedlock with other women. It also blamed unidentified individuals with “ulterior motives” for spreading false information and violating the privacy of the director and his family. “We are currently collecting the relevant evidence and reserve the right to take legal action,” the statement said. [Source]

As the family planning policy generally permits only one child per family, Patrick Boehler at South China Morning Post says that Zhang could be subject to huge fines:

The family planning office in Wuxi – where Zhang and his wife hold residency – asked the 62-year old filmmaker to disclose his income to calculate the fine, the provincial daily Yangtse Evening Post reported yesterday.

[…] Zhang and his wife could each be fined eight to 10 times the average annual income of a Wuxi resident in the year before the birth of the child, said Zhang Zhouhang, a local lawyer specialising in family issues, citing provincial family planning regulations. Last year, the local average income was 35,663 yuan (HK$45,400), according to the Wuxi Statistical Bureau. Such a fine would still be minuscule compared with the 160 million yuan estimated by state media in May, when the controversy first erupted. [Source]

Despite an announced plan to ease the one-child policy, celebrity rule-breakers like Zhang Yimou continue to stir up public ire. From Xinhuanet:

“Siqingyundong” said at weibo.com that “common people are forced to have abortions, while celebrities are treated differently before the law.”

Yuan Yiwen, a legal professional, wrote in Monday’s Beijing News that “every citizen is equal before the law and should not be treated differently because of their social status or wealth.”

[…] “If celebrities do not abide by the law, they are abusing privileges,” said Yuan. “I hope local family planning authorities implement the law equitably.” [Source]