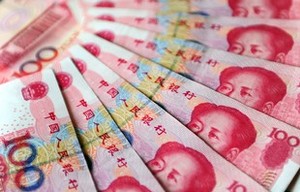 With scores of recent graduates joining the ranks of Chinese youth competing for a limited number of jobs each year and their willingness to perform factory work diminishing, Bloomberg Businessweek reports on one surprising upside: a narrowing of income inequality:

Given the relative oversupply of college graduates and undersupply of lower-skilled workers in China, blue-collar wages have risen more quickly than white-collar wages for the past four years. Since 2009, professional wages have climbed 12 percent annually, on average. In the same period, average wages in manufacturing, agriculture, and construction have risen 14 percent annually.

The upshot? “All the data show households with humbler jobs and lower incomes enjoying faster income growth than those with fancier jobs and higher incomes,” observe Batson and Gatley. “China’s income inequality has been quietly getting better.” That doesn’t mean, however, that Chinese people perceive a leveling playing field. “Most Chinese people are not concerned about the Gini coefficient [measuring inequality], or the ratio between urban and rural incomes, but rather the gap between the people with connections and people without them.” And there’s no sign that the power of guanxi is waning in China. [Source]

Also see “How to Fix China’s Income Inequality,” or all prior CDT coverage of income inequality in China.