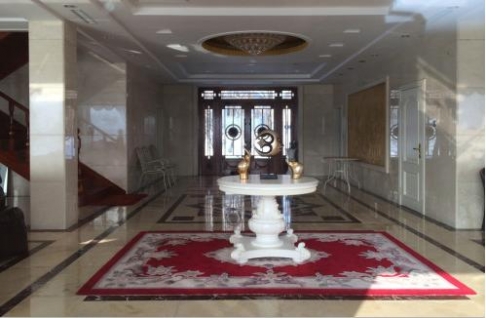 The South China Morning Post’s Stephen Chen reports that taxmen in Heilongjiang Province owned “at least two luxury mountain resorts and a farm, built with taxpayers’ funds, that supplied a private cache of fresh meat and produce to officials”:

The investigation also found that the taxmen had several SUVs and sedans that cost much more than the bureau’s budget limit and their salaries.

It was unclear as yet what action would be taken against the officials.

Liu said they were aware of the central government’s anti-corruption drive and the bureau would “not enlarge the scale of the animal farm”.

He also added that the expensive cars were hidden in a garage after use to comply with Beijing’s requirement to curb displays of wealth.[Source]

As part of larger efforts to crack down on corruption among low ranking and senior officials, The China Daily notes that government officials from 22 provinces have been handing over cars in response to an anti-graft drive:

But the report did not reveal how many government vehicles and houses had been returned.

Many provincial, city and county governments have suspended construction of unnecessary office buildings and other property projects, the report said.

Meanwhile many local governments have also canceled unnecessary overseas visits and tours to save public funds.[Source]