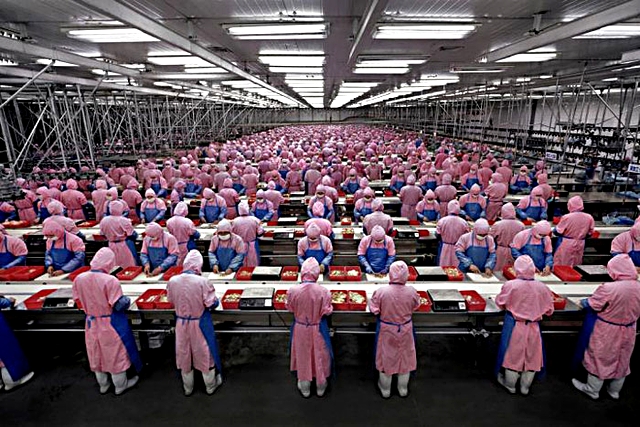 The New York Times reports on the recent death of a young laborer at a Shanghai factory owned by Pegatron Corporation, a major supplier for Apple Inc.:

But on Oct. 9, Mr. Shi was unable to make it to work and checked into a hospital, his family says. Soon after, he was pronounced dead of pneumonia. Although his identification papers said he was 20, Mr. Shi was in fact just 15.

In China, he was too young to legally work on a factory floor.

The Pegatron Corporation, the Taiwanese manufacturer that employed him, said the workplace environment at the Shanghai plant was not the cause of his illness. But a spokeswoman acknowledged that several other young workers at the factory had also died in the past few months.

Labor rights activists say Pegatron has failed to explain at least five deaths of young workers in recent months. They say workers interviewed by China Labor Watch, a nonprofit group that monitors working conditions in China, have complained about long working hours and harsh working conditions at Pegatron, including some of the same pressures that in previous years led to health and safety problems at Foxconn Technology, Apple’s biggest contract supplier in China. [Source]