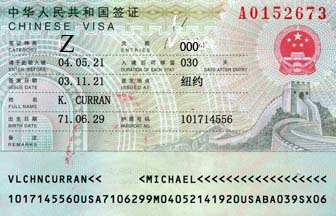 Last week, NK News reported that the number of Chinese work visas granted to North Koreans last year increased by 17% when compared to 2012:

93,300 work visas were given to North Korean citizens in 2013 according to the data released on Tuesday, along with roughly 206,600 North Koreans visiting China as tourists.

Geoffrey K. See of Choson Exchange told NK News that the increase could potentially be accounted for by a stronger focus on the economy in North Korea last year.

“Frankly speaking, as much as they want to get investments from elsewhere, the reality is that most of the investments will have to come from China,” See said by telephone from Singapore.

[…] When asked about the probable background and occupation of the increasing number of North Koreans crossing the border, See said that there is “definitely an uptake in North Koreans coming in to China and being involved in manual labour in an official capacity,” but pointed out that this was also likely augmented by “people who are more on the upper end of the social class …  going over for both consumption and business”. [Source]

Following reports that North Korean leader Kim Jung-un has ordered the execution of family members of his uncle Jang Sang-thaek, himself put to death last month, a report from CNBC notes that an increase in (documented) China bound workers might be a method for North Korea to signal economic continuity amid a political purge:

The 17 percent gain in visas granted is not particularly high given roughly 88 percent of North Korea’s trade is with China, according to Abrahamian, also executive director of Choson Exchange, a Singapore-based nonprofit that trains North Koreans in business, economic policy and law.

[…] Kim—believed to be in his early 30s, and a basketball fan—took control from his late father in 2011. Now amid a North Korean purge, the regime may be trying to send countervailing economic signals—including the flow of workers into China.

“Certainly, some businesspeople were recalled [from outside North Korea] … then it was back off to work,” Chosun Exchange’s Abrahamian said. “It seems that the leadership understood that this was going to be a shock and realized that they had to send countering signals that things would proceed as before,” he said. [Source]