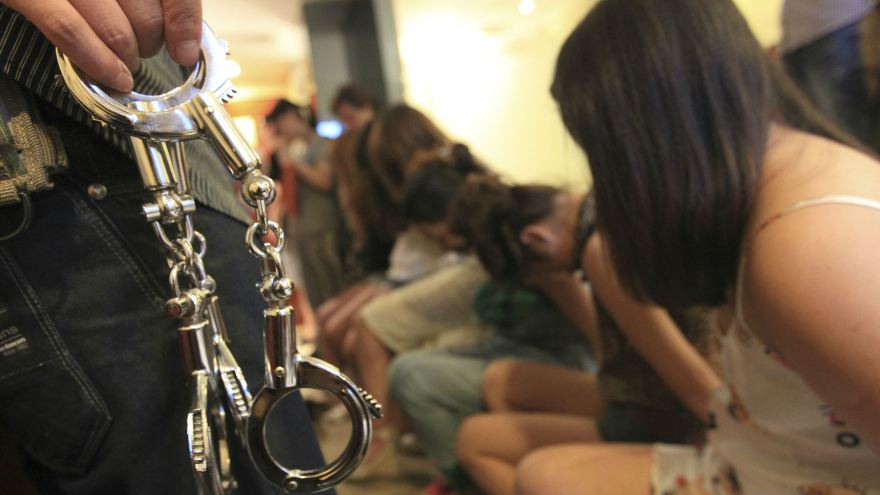 Though the Chinese government approved the abolition of the re-education through labor (RTL) system late last year, Andrew Jacobs of The New York Times reports that extralegal punishment mechanisms still persist for sex workers in China:

The murky penal system for prostitutes, “custody and education,” is strikingly similar to re-education through labor. Centers run by the Ministry of Public Security hold women for up to two years and often require them to toil in workshops seven days a week for no pay, producing toys, disposable chopsticks and dog diapers, some of which the women say are packaged for export. Male clients are also jailed at such centers, but in far smaller numbers, according to a report released last month by the advocacy group Asia Catalyst.

Women who have passed through some of the nation’s 200 custody and education prisons describe onerous fees and violence at the hands of guards.

As with re-education through labor, the police mete out custody and education sentences without trial and with little chance for appeal. “It’s arbitrary, abusive and disastrous in terms of public health,” said Nicholas Bequelin, a senior researcher at Human Rights Watch, which issued a report last year on the perils faced by women working in China’s booming sex trade. “It’s another rotten branch of the Chinese legal system, and it should be abolished.”

The Asia Catalyst report portrays custody and education as a vast moneymaking enterprise masquerading as a system for rehabilitating women. Established by China’s legislature in 1991, the detention centers are run by local public security bureaus, which have the final say on penalties. Former inmates say police officials sometimes solicit bribes to release detainees. [Source]

Last month, a report by Amnesty International warned that so-called “custody and education” camps will be used more in the absence of RTL camps.