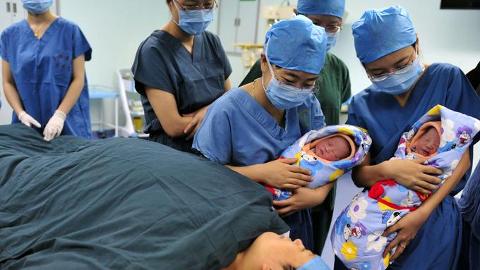 The National People’s Congress Standing Committee has formally approved changes to the one-child policy, which were announced after the Communist Party’s Third Plenum in November. CNN reports:

The Standing Committee of the National People’s Congress passed the resolutions Saturday, according to the Chinese state-run Xinhua news agency. The resolution is equal to a legal document in China.

The changes to the one-child policy, first announced last month, will mean couples will be allowed to have two children if one of the parents was an only child, according to the state-run Xinhua news agency. Currently, both parents must be sole children to be eligible for a second child.

The one-child policy, which started in the 1970s, is believed to have prevented some 400 million births, according to Xinhua.

Although the policy has been applauded by many for slowing down China’s rapid population growth, it has also been widely criticized for resulting in forced abortions and hefty fines for families. [Source]

But Al Jazeera reports that local governments will still have some leeway over how the law is implemented:

While the easing of the one-child policy – estimated to apply to around 10 million couples – has been welcomed, critics say that the state has retained the principle of deciding itself how many children people should have.

Provincial congresses and their standing committees will decide on implementing the new policy “based on evaluation of local demographic situation and in line with the law on population and family planning as well as this resolution,” Xinhua said, citing the resolution document. [Source]

The “re-education-through-labor” system, instituted in the late 1950s by then-Communist Party Chairman Mao Zedong, will be brought to an end now that its “historical mission” has been completed, official news agency Xinhua said on Saturday.

All those serving sentences at the camps will be immediately freed, according to the NPC, although the penalties imposed before the system was abolished will remain “valid”.

Under the re-education labor system established in 1957 to allow rapid punishment for petty criminals, individuals were deprived of their freedom for up to four years without a conviction.

[…] Amnesty International has warned the camps could continue under a different guise to punish dissidents and social activists. [Source]

Read more about the one-child policy and re-education through labor camps, via CDT.