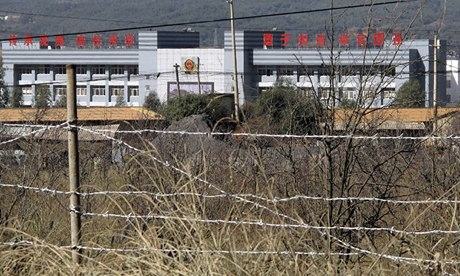 Following the recent Third Plenum meeting, one of the priorities identified in the “blueprint for reform” was the abolition of China’s re-education through labor, or laojiao system—a renewal of an earlier promise to phase out this long controversial form of detention. Attempts towards this reform goal have already been said to have met resistance, despite direct support from Xi Jinping. A recent report from Reuters notes that many re-education through labor camps are being rebranded as drug rehabilitation centers rather than shut down:

Many of China’s re-education through labor camps, instead of being abolished in line with a ruling Communist Party announcement this month, are being turned into compulsory drug rehabilitation centers where inmates can be incarcerated for two years or more without trial.

Human rights activists and freed inmates said drug offenders were still being forced to do factory work, as has been the practice under the re-education through labor system, colloquially known as ‘laojiao’.

New York-based Human Rights Watch estimates more than 60 percent of the 160,000 people in labor camps at the start of the year were there for drug offenses. Those people were unlikely to see any change in their treatment, it said.

“The drug detox people are doing exactly the same work,” said Li, who spent 19 months in a labor camp in Kunming, the capital of southern Yunnan province. [Source]

The re-education through labor system has been in place since 1957, and allows police to hold criminals for years without trial. This law has been used to detain petitioners for lengthy periods of time.