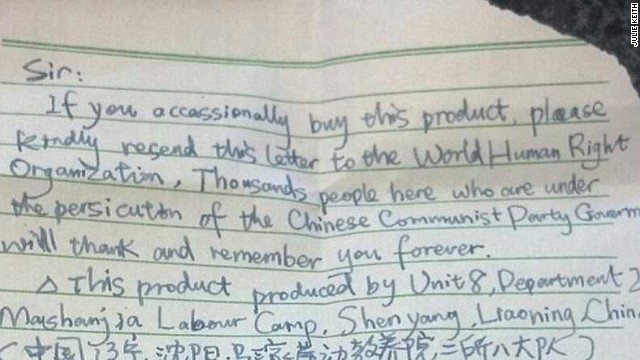 Despite talks to abolish China’s re-education through labor or laojiao system, Xi Jinping’s attempt at reform has been met with resistance. Reuters reports:

Xi, whose father was sacked as vice premier and then imprisoned for seven years during the 1966-76 Cultural Revolution, is deeply opposed to the use of labor camps for arbitrary detention and his failure to close them suggests he is not as strong as he appears, the sources said.

“Xi Jinping loathes re-education through labor,” a source who has known Xi since the 1990s told Reuters. Xi had approved a proposal by domestic security chief Meng Jianzhu to eradicate the system but was thwarted by conservative sections of the party, two other sources said.

There are several other instances of Xi being unable to push through his decisions. Despite holding the three top posts in the country – president, party chief and head of the military – he is not as strong as he seems, said at least half a dozen sources in the party and government. [Source]

Although the laojiao system is known to be abusive and has generated considerable public outrage when cases make headlines, the inner workings of camps have been largely kept hidden from the public until recently. In 2012, an inmate of the Masanjia labor camp exposed the horrors of the laojiao system after a secret letter he slipped inside a Halloween decoration made its way to the US. Testimonials from former convicts recount the appalling physical and psychological abuses labor camp inmates suffer. From CNN:

“For people who have never been there, it’s impossible to imagine,” he said. “The first thing they do is to take your human dignity away and humiliate you.”

Zhang recounted the systematic use of beatings, sleep deprivation and torture, especially targeting those like him who refused to repent. Some gruesome details are too specific to him to be reported.

[…] “I was confined in that building — Room 209,” she said while standing outside the fence. “We had the 4:15 a.m. wake-up call, worked from 6 a.m. to noon, got a 30-minute lunch and bathroom break, and resumed working until 5:30 p.m. Sometimes we had to stay up until midnight if there was too much work — and if you couldn’t finish your work, you would be punished.”

[…] Suffering from high blood pressure and malnutrition, Liu said she once fainted on the job but was denied medical care. For her defiant attitude, she said guards also ordered fellow inmates to beat her twice — their assaults with plastic stools and basins so vicious that she lost consciousness. “But I still had to work after I regained consciousness,” she added. “This place was Hell on Earth.” [Source]

Originally set up to detain offenders, the system is mainly used against dissenters, petitioners, Falun Gong members, and rights activists. Documentary filmmaker Du Bin, the director of a film on the Masanjia laojiao labor camp, was detained in May.

Click through for more on re-education through labor, via CDT.