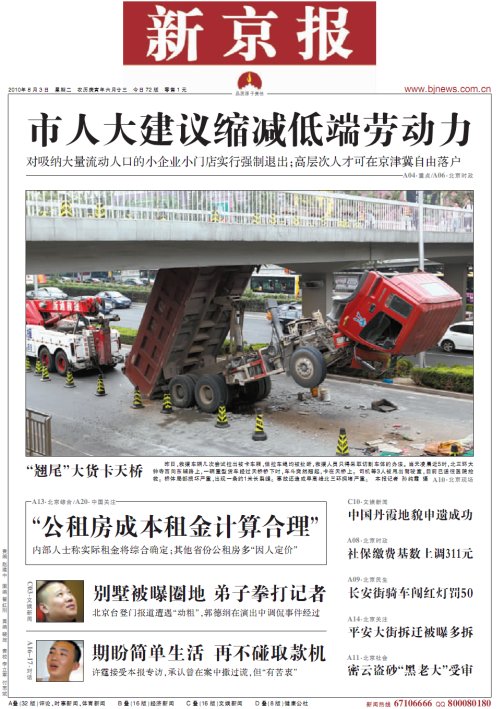 Southern Media Group has sold its 49 percent stake in the Beijing News to Beijing’s municipal propaganda department for 294 million yuan, according to an internal agreement. From The South China Morning Post:

The sale of the stake marks a complete handover of the paper to institutions with conservative agendas, observers say. The other stakeholder in the Beijing News is the conservative Guangming Daily, a leading party mouthpiece.

For Wen Yunchao, a New York-based media commentator, the sale brought to a close the long-running efforts by Beijing authorities to bring the outspoken paper under control. “This is clearly a reaction to the deregulation of the media, or even a step back,” he said. “The role of the media returns to that of a propaganda mouthpiece.” [Source]

The Beijing News did not shy away from wading into sensitive issues and often faced official backlash for its bold coverage. Its former president resigned last January after refusing to publish a Global Times article about the protests of Southern Weekly in Guangdong Province.