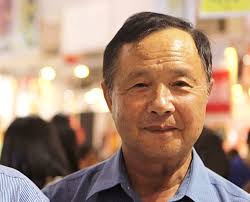 Hong Kong-based publisher Yao Wentian (also known as Yiu Mantin) has been detained in China for three months, according to his family. Yao was preparing to publish a book by Yu Jie about Xi Jinping. The South China Morning Post reports:

Yao Wentian, 73, the chief editor of Morning Bell Press, was taken into custody on October 27 after he was “lured” to Shenzhen on the pretence of delivering paint to a long-time friend, said a person who has spoken to Yao’s wife.

Yao was surrounded by a dozen plain-clothes security agents and formally arrested in early November. Police have not revealed the charges against him, but they could possibly include smuggling and evasion of import tariffs. Calls to the Shenzhen Public Security Bureau went unanswered yesterday.

Yao had been in discussion with US-based author Yu Jie about the publication of a book about Xi entitled Chinese Godfather Xi Jinping. [Source]

Yao’s son has written an open letter to President Xi Jinping asking him to follow in his father’s footsteps and tolerate dissenting views. From the South China Morning Post:

In an open letter yesterday, Yao Yongzhan called on Xi to follow in the path of Communist Party revolutionary Xi Zhongxun and stop the “political persecution” of his father.

The elder Yao has been held for nearly three months on a charge of “smuggling prohibited items”.

Before his detention, Yao was in discussions to publish a book by dissident writer Yu Jie, entitled Chinese Godfather Xi Jinping.

“General Secretary Xi Jinping’s father Xi Zhongxun was a compassionate and morally upright leader, a rare gem of a politician” Yao wrote, in a reference to the younger Xi’s title as party chief. “I hope that Xi can follow in his father’s footsteps, accommodate dissenting voices in Hong Kong, and release my father.” [Source]

After working as a manufacturing engineer for much of his life, Mr. Yiu, 72, began a second career running one of several small publishing companies in Hong Kong that, taking advantage of the territory’s robust protections of free speech, issue books that are anathema to mainland government censors. He planned to issue “Godfather of China Xi Jinping,” by Yu Jie, a Chinese writer living in the United States, his son said.

“I think that the publishing was what triggered this,” the younger Mr. Yiu said in a telephone interview from Minnesota, where he lives. He said he himself was jailed for a year in China for his involvement in the pro-democracy student protests that ended in suppression by the armed forces in June 1989. He said he had decided to speak publicly after efforts to quietly secure his father’s release failed.

“I’m pretty familiar with the Chinese legal system in China and how they produce fake criminal charges against political prisoners,” Mr. Yiu said. “There is no question that they are trying to punish him for his publishing activities through normal criminal charges.” [Source]

Bao Pu, who is also a publisher at New Century Press in Hong Kong, writes in an opinion piece in the South China Morning Post that Hong Kong publishers and media must not give in to pressures from Chinese authorities:

[..S]uppose we all “behave ourselves”, self-censoring to print only what we think the mainland authorities approve of. Would that help appease them? Would they then allow Hong Kong publications entry to the mainland, with access to that huge market?

The answer is definitely “No!”

One of the reasons is that the Hong Kong media (labelled “overseas media”) has become one of the usual suspects, to be taken out and blamed when needed. The Chinese authorities have never officially acknowledged that public demonstrations have roots in internal political, economic and social affairs or that they are often the direct outcomes of government policies. From self-immolation protests by Tibetans to demonstrations against the building of a waste incineration plant in Guangdong, the “overseas media” have consistently been accused of playing an “instigating” role. An easy target; not only convenient, but necessary. [Source]