Legal Pot Doesn’t Mean US Will Lose Ground to China 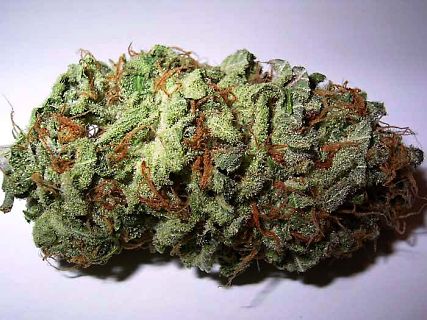 After popular votes late last year, Washington and Colorado are now the first two U.S. states to have legalized the recreational use of marijuana. A host of other coastal states have decriminalized the divisive plant, and many more allow its consumption for medical use. Surveys are showing that 55% of the American public are in favor of legalizing recreational marijuana as Colorado and Washington begin to roll out their new policies, hinting that the nationwide legalization movement may be gaining momentum. With supporters and detractors alike taking to the media to voice their opinions, The Atlantic’s Matt Schiavenza found one anti-legalization remark invoking a popular American fear:

…legal weed contributes to us being a fatter, dumber, sleepier nation even less able to compete with the Chinese

In his article, Schiavenza continues to put Tina Brown’s comment into the context of U.S. anxiety over China’s rise and insecurity about international competition, concluding that other American issues easily eclipse legal weed:

[…] Three and a half decades of growth has given China an economy that, barring an unexpected collapse, will overtake the United States in GDP sometime in the next decade. China has parlayed this growth into greater economic, military, and diplomatic power, and now has the means to challenge American supremacy in the Western Pacific. This is where the Sino-American competition exists—not in the pot dispensaries of Colorado or the mountains of Yunnan.

[…L]et’s say for the sake of argument that Tina Brown is correct: Legalized marijuana will result in more people smoking more marijuana more often, and that this will have a negative effect on the country as a whole. Whether or not this argument is true, it completely misses the central argument in favor of legalization: The current system, in which people who buy, sell, and use marijuana are subject to imprisonment, poses a far greater cost to society than pot itself ever could. And the disproportional effect of our marijuana laws on minorities and the poor only makes this argument stronger.

As the American competition with China intensifies over the next years and decades, the United States will be forced to confront weaknesses such as income inequality, unemployment, student debt, and high imprisonment. Marijuana use just isn’t one of them. [Source]