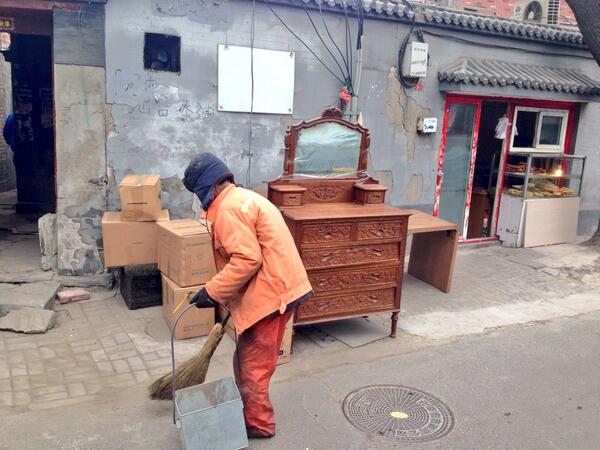 The New York Times’ Austin Ramzy will be forced to leave China this week when a one-month visa extension expires, three weeks after other journalists received new visas after a tense wait. Ramzy, like the Times’ Chris Buckley and Philip Pan, is expected to continue to cover China from the outside, the newspaper’s Andrew Jacobs reports:

Mr. Ramzy would be the second Times correspondent obliged to leave mainland China in 13 months because of an unprocessed visa application. It would be the latest sign of official displeasure with the newspaper since it reported in November 2012 that close family members of Wen Jiabao, who was then China’s prime minister, had accumulated vast wealth during his leadership.

[…] At a regular news briefing on Monday, a spokesman for the Foreign Ministry, Qin Gang, said the government was processing Mr. Ramzy’s application for accreditation “according to laws and regulations,” but would not complete its work before his temporary visa expired. The Times filed a visa application for Mr. Ramzy last June.

Mr. Qin added that Mr. Ramzy had violated Chinese regulations last year by continuing to travel to and from the country using the journalist visa he was issued before he left his previous employer, Time magazine.

But Chinese officials never canceled Mr. Ramzy’s previous visa and never raised the issue with The Times until The Times asked in December about progress on approval of a new visa as the previous one was nearing expiration.

[…] The Chinese government can process new resident journalist visa applications expeditiously, and it has approved many applications from other foreign news organizations while those from The Times and Bloomberg News have languished. [Source]

Residence permits in China are contingent upon employment, and foreign nationals are supposed to leave the country when they no longer work for the organisation which sponsored their residence permit, or else convert to another visa type.

Ramzy declined to comment when reached by Reuters, and the New York Times did not immediately respond to an emailed request for comment.

[…] Qin said that both the New York Times and Ramzy had admitted to the Foreign Ministry to contravening China’s rules, and that the ministry had granted Ramzy a visa valid until the end of January to give him time to sort out personal affairs.

[…] Asked whether China would grant journalist visas to either Buckley or Pan, Qin said it was China’s sovereign right to decide to whom it granted journalist accreditations and visas. [Source]