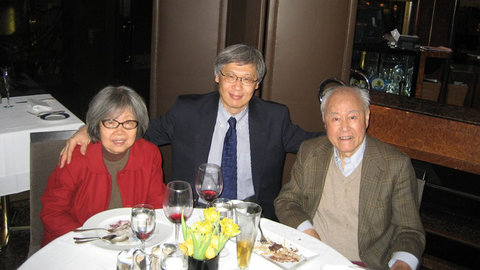 Literary critic and Columbia University professor C.T. Hsia, also known as Hsia Chih-tsing, died on December 29 at the age of 92. Hsia, who was born in Shanghai, has been credited with introducing Chinese literature to the West, and wrote three books, A History of Modern Chinese Fiction

Q. What was C.T. Hsia’s significance to Chinese literature?

A. He went to the U.S. at a very tumultuous time in Chinese history. He went in 1947 [two years before the Communist victory in the civil war]. He wanted to pursue a degree in English literature and was caught in the so-called Cold War cultural politics of the 1950s. This was a young man with great expectations. He loved English literature and European culture. He grew up in cosmopolitan Shanghai, then the civil war happened in China and he got stranded and couldn’t go back. And couldn’t find a good position in the U.S. at a college.

[…] Q. How does Chinese culture fit into this universal perspective? Didn’t Joyce, Kafka and Proust also write about their own cultures?

He would say, “Be that as it may, we still need to open up.” China still needs to open up to the world, to humanity. Cosmopolitanism was the bottom line of his argument. For good and for ill. Never say, “China is the worst” or “China is the best.” [Source]

Ha Jin’s “A Map of Betrayal”