Tesla Full Speed Ahead In China 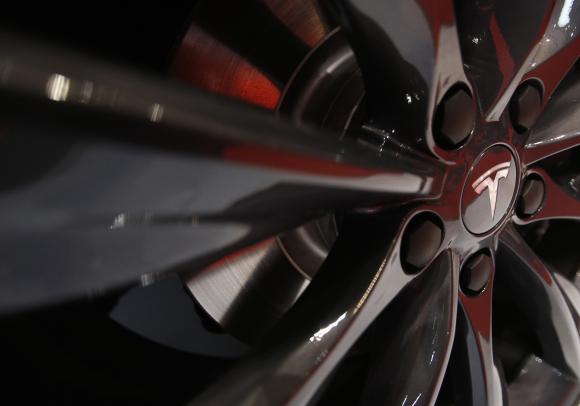 Reuters reports that electric carmaker Tesla Motors expects its China sales to double and “contribute one third of global sales growth this year” after a previous trademark issue was resolved:

Wu, the 43-year-old executive who jumped ship to Tesla from Apple’s China unit at the end of last year, said Tesla China had a “very aggressive growth objective”.

She said the unit was aiming to contribute “30 to 35 percent” of Tesla’s overall global sales growth targeted for 2014. [Source]

Alan Ohnsman at Bloomberg notes that while Tesla charges more for the Model S Sedan in China than in the United States, the price could still be higher to match market conditions:

While more costly than the U.S. version, the Model S price in China appears “well below expectations,” John Lovallo, an equity analyst for Bank of America who rates Tesla underperform, said yesterday in a research note.

Since the Model S is imported to China from California, a duty of as much as 25 percent is added to the price tag, Musk said. The company also must cover shipping costs and taxes. Tesla could have charged more than $160,000 had it followed standard industry practices.

Lily Kuo at Quartz elaborates on this explaining that Tesla intends to sell its cars at the same price in China to target those buyers who believe that foreign carmakers overcharge:

The hefty margins commanded by foreign retailers in China, from Apple to high-end carmakers like Audi, Jaguar, and Land Rover, has become a sensitive issue. As Tesla explained, imported luxury cars in China cost more than in other markets because customers face tariffs on the cars as high as 25%, a value-added tax of around 17%, as well as a consumption tax. But even after these costs, the price of imported luxury vehicles is often twice as much in China as in other major auto markets. [Source]

This pricing strategy puts Tesla in the “middle of the pack” for luxury vehicles. From Colum Murphy at The Wall Street Journal:

As it does elsewhere, Tesla plans to go head-to-head against mainly gasoline-fueled marques such as Volkswagen AG’s Audi and BMW AG. The price puts the Tesla in the middle of luxury cars in China. BMW’s 5 Series GT starts at about 738,000 yuan.

Mr. Musk said Tesla could have charged more for the Model S and risks losing some consumers who might equate a higher price with better value.

His goal is to expand coverage in Greater China to six metropolitan areas this year, with multiple outlets in each area. That includes Hong Kong, where Tesla already has an presence. [Source]