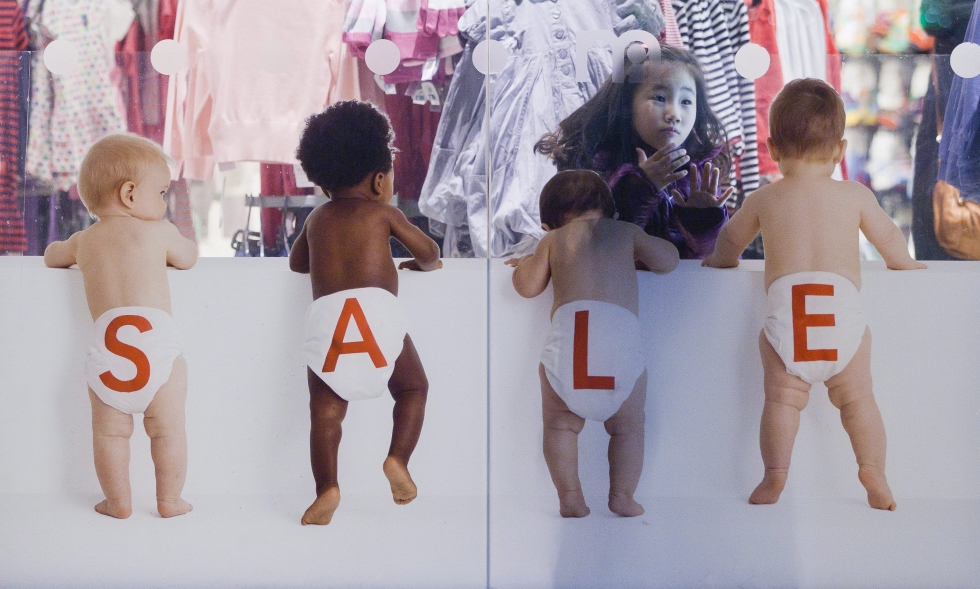 China’s Ministry of Public Security announced on Thursday that more than 1000 people have been arrested for allegedly trafficking babies on the Internet. Teddy Ng and Laura Zhou at South China Morning Post report:

The authorities rescued 382 infants from trafficking operations in 27 cities and also smashed four baby-smuggling rings, a statement on the ministry’s website said.

The crackdown on February 19 was launched after police in Beijing and Jiangsu received a tip-off last year that the suspects were engaged in child trafficking by running a website that promoted baby adoption.

Further inquiries showed the suspects operated four such websites, and used various tools on the internet, such as an instant messaging platform and online bulletin boards, to communicate with potential buyers.

A total of 1,094 suspects were arrested, the ministry said. [Source]

AP looks at some of the causes driving baby trafficking in China. From Huffington Post:

Child abduction is a major problem in China despite punishments as harsh as the death sentence for traffickers, and national-level busts of trafficking rings have been frequent in recent years.

Strict laws that limit many families to one child, a traditional preference for boys, poverty and illicit profits drive a thriving market in babies and children.

To address the problem, China is considering tougher penalties for parents who sell their children, as well as for the buyers. [Source]

Click through to read more about child trafficking in China, via CDT.