Change in the Air for Transparency in China? 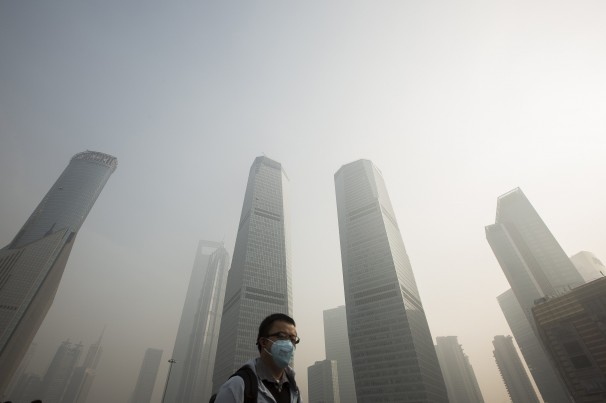 Reuters’ Ben Blanchard reports new rules on the handling of state secrets in China. The regulations forbid officials from abusing the designation to cover up information that should be public, but do not state exactly what that includes.

China has notoriously vague state secret laws, covering everything from the number of people executed every year to industry databases and even pollution figures, and information can be retroactively labelled a state secret.

The issue received international attention in 2009 when an Australian citizen and three Chinese colleagues working for mining giant Rio Tinto were detained for stealing state secrets during the course of tense iron ore negotiations.

But the government has come under pressure from its own people to be more open, especially on sensitive issues like the environment, which have no obvious implications for national security.

[…] The rules also state that “the scope of what is secret should be adjusted in a timely manner according to changes in the situation”. [Source]

Official opacity is a burning issue on a number of fronts. Although new requirements for disclosure of officials’ assets were announced last month, it remains unclear how much of that data will be made public, and recent trials of transparency activists, apparent punishment of media organizations for probing hidden finances, and reports of massive secret offshore holdings may suggest dim prospects for real openness.

On the other hand, substantial progress on environmental transparency offers a more encouraging precedent. Simon Denyer reviewed developments at The Washington Post:

“Way beyond our expectations, the government actually said yes,” said Ma Jun, head of the Institute of Public and Environmental Affairs in Beijing. “I am quite amazed.”

Since Jan. 1, the central government has required 15,000 factories — including influential state-run enterprises — to publicly report details on their air emissions and water discharges in real time, an unprecedented degree of disclosure that is shedding light on the who, what, when and where of China’s devastating environmental problems.

[…] Linda Greer of the Natural Resources Defense Council in Washington says the reporting requirement for factories is the “biggest thing” China has done to address its pollution problems, and the most likely to produce results.

“It brings them from the back of the pack globally, in terms of public information disclosure, to the front of the pack,” Greer added by telephone. “Inevitably it will strengthen the hand of regulators when they have bad air pollution days, to look at real-time data.”

[…] In the United States, the Toxics Release Inventory, created in 1986, was one of the Environmental Protection Agency’s most successful programs, Greer said. China’s real-time disclosure program is bigger than anything the EPA has done, she said. [Source]

China’s increasingly liberal publication of air pollution data has recently attracted favorable comparison with Indian authorities’ reticence, although accompanying claims that New Delhi’s air is worse than Beijing’s have come under question. Meanwhile, the U.S. State Department, whose @BeijingAir Twitter updates are widely credited with shoving China toward greater transparency, has faced questions about why it publishes unflattering pollution data for China’s capital and not for democratic India’s.