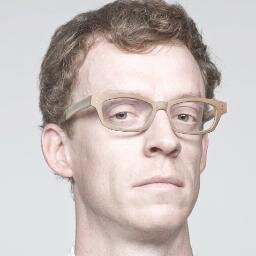 Heading out shortly and wanted to say thanks for all the kind thoughts. Sad to be leaving Beijing. Hope I can return soon.

The New York Times’ Austin Ramzy left China on Thursday as his visa expired with no renewal in sight. According to China’s Foreign Ministry, Ramzy violated regulations when transferring to the Times from TIME Magazine last year, but his treatment is widely seen as the latest retaliation for a 2012 investigation of then-Premier Wen Jiabao’s family’s wealth. Bloomberg News, which had previously published a similar exposé on now-President Xi Jinping’s family, has also suffered reprisals. From William Wan at The Washington Post:

Ramzy’s forced departure will result in the first full-time Times correspondent in memory being stationed in Taiwan, an island China considers a rebellious province to be reunified with the mainland, by force if necessary.

[…] At a press conference on Monday, China’s Foreign Ministry spokesman Qin Gang argued that Ramzy was not being expelled or forced to leave. He characterized the departure as bureaucratic in nature and accused Ramzy of violating Chinese regulations because he continued to travel to China on his previous unexpired journalist visa while waiting for a new one.

[…] The Foreign Correspondents’ Club of China issued a statement condemning Qin’s accusations criticizing the government. “Suggestions by Chinese officials that Mr. Ramzy did not correctly comply with Chinese visa regulations are disingenuous; the regulations are unclear and have not been applied to other journalists in similar situations to that of Ramzy,” the organization said. “It is difficult to avoid the conclusion that the authorities are punishing the New York Times for articles it published concerning Premier Wen Jiabao and his family. Such behavior falls well short of international standards.” [Source]

See more from Wan on the challenges facing foreign and domestic journalists in China, via CDT.

The United States is deeply concerned that foreign journalists in China continue to face restrictions that impede their ability to do their jobs, including extended delays in processing journalist visas, restrictions on travel to certain locations deemed “sensitive” by Chinese authorities and, in some cases, violence at the hands of local authorities. These restrictions and treatment are not consistent with freedom of the press—and stand in stark contrast with U.S. treatment of Chinese and other foreign journalists.

We are very disappointed that New York Times reporter Austin Ramzy was forced to leave China today because of processing delays for his press credentials. We remain concerned that Mr. Ramzy and several other U.S. journalists have waited months, and in some cases years, for a decision on their press credentials and visa applications. We have raised our concerns about the treatment of journalists and media organizations repeatedly and at the highest levels with the Chinese government, and will continue to do so. We have consistently and clearly expressed our expectation to Chinese authorities that China issue and renew visas for journalists working for U.S. media outlets in China.

Our two countries should be expanding media exchanges to enhance mutual understanding and trust, not restricting the ability of journalists to do their work. We urge China to commit to timely visa and credentialing decisions for foreign journalists, unblock U.S. media websites, and eliminate other restrictions that impede the ability of journalists to practice their profession. Around the world, the United States strongly supports universal rights and fundamental freedoms—central among them freedom of speech and freedom of the press. [Source]

U.S. vice president Joe Biden raised the visa issue during a visit to Beijing in December, as journalists for The New York Times, Bloomberg and other organizations endured a tense wait for renewals. Most received new visas earlier this month, but Ramzy’s departure has revived discussion of what measures the U.S. might take next.

On Friday, Chinese Foreign Ministry spokesman Hong Lei accused the U.S. of neglecting the facts of Ramzy’s case, reiterating the accusation that he had broken the rules but denying that he had been forced to leave. From Xinhua:

“China expresses its displeasure. China does not accept the unjustifiable accusations by the US side, and demands the US side to respect facts and take cautious words and acts,” he said, adding that the Chinese side urged the US side to “do more conducive to media exchanges and mutual trust between the two countries.”

“We also hope that foreign journalists observe Chinese laws and regulations and do news coverage in an objective and fair-minded way,” he said. [Source]