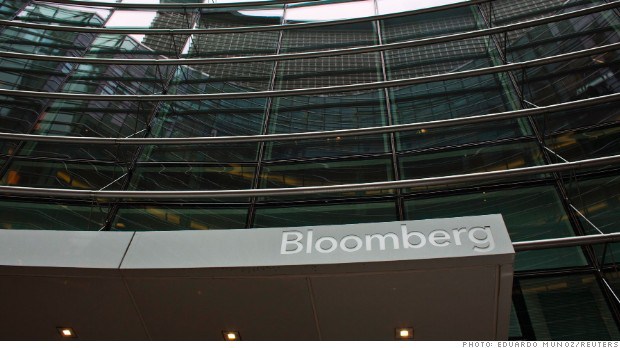 Bloomberg News’ controversial efforts to secure its presence in China through alleged self-censorship appear to have borne little fruit: the company’s Chinese bureaus were the targets of unannounced inspections last week, according to Peter Elkind and Scott Cendrowski at Fortune.

Bloomberg has been described in press accounts as canceling [an] article to avoid antagonizing the Chinese government. According to those accounts—which are disputed by the company— Bloomberg News editor-in-chief Matt Winkler explained his decision to kill the story by comparing it to self-censorship in Nazi-era Germany, saying it would allow Bloomberg to avoid being expelled from China.

Instead of soothing the government, Winkler’s reported comment appears to have stirred anger. During the visits, Fortune is told, at least one Chinese official asked the company for an apology from Winkler.

[…] Details of the inspections, conducted on the same day at the news bureaus in Beijing and Shanghai, are sketchy. It’s unclear how many officials were present or what government agency they represented. Different sources say, variously, that the visits were characterized as “security inspections” or “safety inspections.” But journalists inside Bloomberg view the appearance by civil government officials (they weren’t police) as an act of intimidation — precisely the reaction Bloomberg was eager to avoid. [Source]

On Monday, moreover, Bloomberg journalist Robert Hutton was excluded from a press conference in Beijing given by Chinese premier Li Keqiang and visiting British prime minister David Cameron. From Nicholas Watt at The Guardian:

No 10 raised “deep concerns” on two occasions with Chinese officials after the foreign ministry excluded Robert Hutton, a political journalist with the US wire service Bloomberg, from the event at the Great Hall of the People on Monday.

British officials in Beijing informed Hutton, a member of the British parliamentary lobby who is accompanying the prime minister to China, that he would not be admitted to the press conference.

Hutton was informed of the decision by an official on a bus ride from Beijing airport after the prime minister’s overnight flight from London. The official said: “We have been told by the Chinese authorities that it would not be appropriate for you to attend.”

[…] The two leaders each read out a lengthy statement and declined to answer questions at the press conference, which ended with applause. [Source]

If Biden holds a press conference in Beijing, would China ban Bloomberg journos from attending?