Bloomberg Under Continued Fire Over Self-Censorship 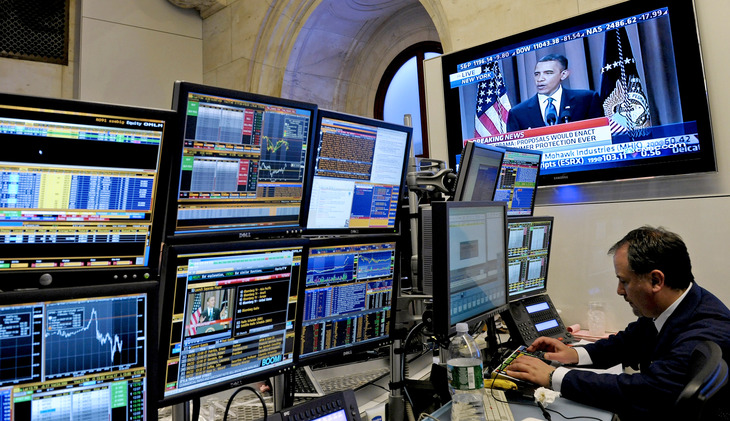 Ying Chan, who was an honoree at the same dinner fifteen years ago, called on Doctoroff to relinquish CPJ’s podium in the wake of the suspension of Hong Kong-based Bloomberg reporter Michael Forsythe on November 13. Forsythe was a leading member of the company’s respected China news team. Bloomberg employees told The New York Times that Bloomberg’s Editor-in-Chief Matthew Winkler said the company would not publish the China team’s latest long-term investigations on the financial ties of China’s top leaders to powerful buinsess interests. The employees characterized Winkler’s moves as self-censorship to protect the company’s interests in China, the world’s second-largest economy, which lacks a free press.

Winkler and Michael Bloomberg, the outgoing New York City Mayor who owns the company, have aggressively denied the self-censorship allegations, saying instead that the contested stories are not ready for publication.

[…] “[Doctoroff] has no standing to host such a dinner that celebrates and honors fighters for press freedom while Bloomberg practices such egregious self-censorship and suppresses press freedom. The situation cannot be more ironic,” Chan said in a telephone interview. “I don’t want to embarrass CPJ, but we’re journalists. We’re used to dealing with breaking news. So, we should just respond properly,” she added. [Source]

The event has already had one last-minute lineup change, with CBS News’ Lara Logan dropping out as host amid controversy over a retracted report on last year’s Benghazi attack.

At The Washington Post, Neil Irwin examined Bloomberg’s Chinese predicament, and asked whether it is possible to reconcile the conflicting demands of news-gathering and other forms of business in China today:

Deflating though it may be to journalists’ egos to hear, in most media businesses, the articles and photographs we so lovingly put together aren’t the product, in any meaningful economic sense. In business terms, the print Washington Post is a vehicle for delivery of department store ads and (in the pre-Craigslist era) classified ads for cars and available jobs and everything else under the sun. You may buy a copy of Vanity Fair to read the latest article by Michael Lewis, but its real business is as a vehicle for ads for Louis Vuitton handbags and Cartier watches. Similarly, Bloomberg’s real business is selling data terminals that are second-to-none in helping bond traders and other financial professionals make money.

[…] To maximize influence, Bloomberg the news organization needs a reputation as being fearless, independent and willing to follow the facts where they lead, whatever the financial consequences. Admirably, Bloomberg View has done exactly that with a series of attacks on the too-big-to-fail banks that also happen to be among the biggest customers of the Bloomberg terminal business. But the economic rise of China is arguably the most important story of our time, and for a media organization that wants to truly cover the world, corruption among the nation’s leaders is a tremendously important story.

Yet to maximize the value of the business, Bloomberg the company needs to not do anything that will make the quasi-authoritarian government of the world’s second-largest economy angry. [Source]

This tension has reportedly helped bring about a broader reassessment of the company’s priorities. From Amy Chozick, Nathaniel Popper, Edward Wong, and David Carr at The New York Times:

[… S]ome top executives have begun to question the role of the company’s news operation. Executives on the business side insist that short bursts of market-moving news, not prize-winning investigative journalism, are what Bloomberg’s paying customers want. Editors are increasingly asked to send only brief, bullet-point news reports to terminals — easily digestible facts for traders and hedge fund managers.

“To the bankers that run the place, you have a redheaded stepchild that is a rounding error in the scheme of things that is managing to create a lot of trouble,” one news employee said.

[…] “If you have a $9 billion company that is about to be crippled by a news division that loses $100 million a year, shouldn’t you take a breath and think about the implications of what you are doing?” [a] former senior executive said.

[…] “It’s looking increasingly like as a media company, you have a choice in China: You either do news or you do business, but it’s hard to do both,” said James L. McGregor, a former chief of Dow Jones & Company in China. [Source]

At The Chronicle of Higher Education, Perry Link wrote that the fear of offending Chinese authorities also casts a long shadow over academia and beyond, with his own blacklisting in 1996 a case in point. But he maintains that boundaries must be drawn, and defended against the impulse to self-censorship:

[…] The worst part is that I become a tool of the Chinese government and there is nothing I can do about it. Long-term blacklistees, like me and my friend Andrew J. Nathan, a political-science professor at Columbia University, have become known in China studies as examples of what happens to you if you cross a line. Since my blacklisting I have had countless inquiries, especially from younger scholars, who are invariably polite but always want to ask, one way or another, “How do I not end up where you are?”

[…] The American side should be explicit and concrete in raising the very most sensitive of topics. Hold seminars on the thought of Nobel Peace Laureate Liu Xiaobo. Establish a speaker series on Tibet that honors the Dalai Lama. Offer a regular course on the pros and cons of one-party dictatorship. The point here is nothing so small-minded as to “stick a finger in an eye.” The point is that only by planting flags at the outer boundaries can you insure the integrity of the entire field. Without the flags, the wordless anaconda will take over, the boundaries will creep in, and academic freedom will be strangled. […] [Source]

James Fallows and The Financial Times’ Demetri Sevastopulo discussed the Bloomberg case and the general climate for foreign media in China on CNN’s Reliable Sources on Sunday:

Fallows also appeared on the Sinica podcast last Friday with The Economist’s Gady Epstein, Sinocism author Bill Bishop and host Kaiser Kuo. The four discussed the Bloomberg case, Paul Mooney’s recent visa refusal, and the controversial issue of visa reciprocity for Chinese journalists in the U.S. [from 35:15], as well as the Party’s Third Plenum that took place earlier this month.