“A Time of Reckoning” for Journalism on China 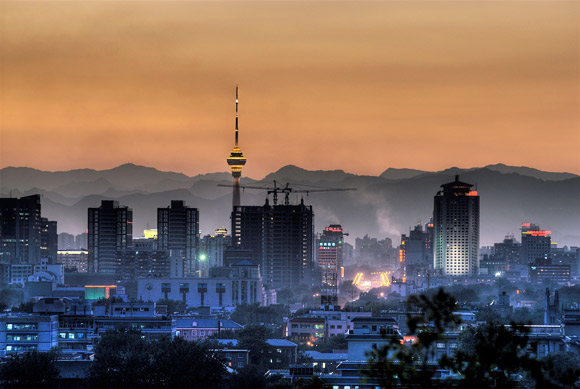 Following accusations of self-censorship at Bloomberg News and the denial of a visa for veteran journalist Paul Mooney, The New Yorker’s Evan Osnos wonders “what will it cost to cover China?”

Beginning in 2012, Bloomberg, the Times, and others elevated their reporting on Chinese politics by rooting through documents in order to unravel the hidden beneficiaries of China’s new wealth. The rewards were clear: they have ushered in a golden age of foreign correspondence in China, and they have received nearly every honor that the industry offers.

There have been clear costs, too: the Chinese government blocked the Times’ Web site to limit the spread of its stories and to threaten the advertising revenue generated by the Chinese-language service launched in June, 2012. In the case of Bloomberg News, it blocked the Web site and ordered Chinese financial institutions not to buy Bloomberg’s terminals. And, crucially, it has stopped issuing visas to new journalists applying from those institutions.

Taken together, this is the Chinese government’s broadest effort in decades to roll back unwelcome foreign coverage—and that raises the stakes for news organizations that are struggling to figure out how to handle China. Make no mistake, this is not a simple choice. At a time when news organizations find their business models under assault, the prospect of taking an expensive stand against a foreign state is unappealing, especially when it might mean giving up their dreams for future growth in China. [Source]

The New York Times seems undeterred by blocking of its websites and visa restrictions against staff members Chris Buckley and Philip Pan. Last week, it followed up last year’s investigation of former premier Wen Jiabao’s family wealth with an exposé of his daughter’s business ties with JPMorgan Chase. But the week before, it reported that Bloomberg appeared to have chosen the opposite path following its own report on Xi Jinping’s family, allegedly holding back potentially sensitive articles in order to safeguard its presence in China.

Bloomberg has repeatedly said that the material in question is simply not ready for publication, with editor-in-chief Matthew Winkler describing the accusations as “misleading” in an internal email, and owner Michael Bloomberg insisting that “no one thinks that we are wusses.” On Sunday, however, The New York Times and Financial Times independently confirmed news first reported by the New York Post: that Bloomberg had suspended Hong Kong-based journalist Michael Forsythe over leaks of the alleged self-censorship. From Edward Wong and Christine Haughney at The New York Times:

Michael Forsythe, a Hong Kong-based reporter for Bloomberg who has written award-winning investigative articles on China, met with supervisors and was placed on leave, two Bloomberg employees with knowledge of the situation said. The move came days after several news media organizations, including The New York Times, published reports quoting unnamed Bloomberg employees saying that top editors, led by Matthew Winkler, the editor in chief, decided in late October not to publish an investigative article because of fears that Bloomberg would be expelled from China.

The article, about a Chinese tycoon and his ties to families of Communist Party leaders, was written by Mr. Forsythe and Shai Oster. Mr. Winkler has denied that the article was killed.

[…] Mr. Forsythe was a lead reporter on the article about the Xi family and other articles in the 2012 “Revolution to Riches” series, which received a George Polk Award and awards from the Asia Society, the Overseas Press Club and the Society of American Business Editors and Writers. [Source]

Taiwan’s Next Media Animation produced an animated account which reportedly attracted a substantial if furtive audience at Bloomberg.

News of the suspension provoked an outpouring of support from China correspondents and others, to which Forsythe responded on Monday:

Thanks everyone for the incredible outpouring of sympathy and support. It has really helped me and my family get through this.

On Tuesday, despite speculation that he would likely be able to ride out his suspension, Forsythe announced:

I can confirm that I have left Bloomberg News. That's all I'm going to say for now.

Al Jazeera’s Melissa Chan, who was ejected from China in May 2012, commented:

Because it's no longer a Chinese government action, but a Western media organization's decision to self-censor.

The New York Times and Bloomberg’s divergence following their similar exposés last year seems to be largely a product of Bloomberg’s desire to protect its core financial terminal business. The Times’ Edward Wong described the resulting conflict last week in a report on “Code 204,” a tag used to keep potentially sensitive stories off China-based terminals.

Terminal sales in China are believed to make up only a fraction of Bloomberg’s global revenues, but the company would like to increase that. Bloomberg also worries about preserving its ability to gather news and financial information in China for global subscribers who buy its terminals to track commerce in the world’s second-largest economy. Since publication of the Xi article, Bloomberg journalists have sometimes been denied access to news conferences in China, so they lag behind their competitors in issuing alerts on their terminals — in a business in which a few seconds can determine the success of a trade.

For years, Bloomberg has been careful about the news it distributes on its terminals in mainland China. Senior Bloomberg managers added Code 204 to the editing system in early 2011, around the time that Chinese officials were growing anxious over calls for Chinese citizens to start a Jasmine Revolution, which never materialized. Editors routinely apply Code 204 to coverage of Chinese politics and general news, not just investigative blockbusters. “It’s very loosely applied,” one person said. Some editors justify Code 204 by arguing that the Chinese government allows Bloomberg to publish only financial news and data on the terminals, not political articles or other information, employees said. [Source]

The prioritization of the terminal business is a broad shift within Bloomberg, which is also undergoing widespread layoffs, cuts to sports coverage and a paring back of arts coverage to give “an emphasis on luxury.” Although Winkler has become a focal point for criticism over the Forsythe saga, Felix Salmon writes at Reuters that these changes are actually a sign of his waning influence:

To understand what’s going on, it’s important to have a vague feel for where the power really lies within Bloomberg LP. Winkler is undoubtedly a powerful man — he oversaw the rise and rise of Bloomberg News, and he is a close confidante of Bloomberg, co-writing Bloomberg’s autobiography along the way. But while Winkler is powerful, he’s no Tom Secunda. Secunda, a co-founder of the company, is the other Bloomberg billionaire, the man in charge of basically everything which makes money at Bloomberg. And Secunda is the opposite of a romantic press baron: all he’s interested in is profitability.

Winkler’s enormous achievement, of building one of the world’s foremost news organizations from scratch, required an aggressive, underdog spirit. Bloomberg News is a highly competitive organization, and Winkler wanted to beat everybody, on everything, all the time. His goal for Bloomberg News was always that it be faster, broader, deeper, more accurate, more trustworthy — on every story, compared to every competitor.

That goal, however, put Winkler at odds, to some degree, with Secunda, whose only priority is client service, and giving Bloomberg subscribers whatever they want. And it turns out that Bloomberg subscribers, although they definitely want market-moving news ahead of anybody else, are much less fussed about the broad mass of news stories which don’t move markets. [Source]

Ultimately, the root of the self-censorship issue lies less in Bloomberg’s corporate priorities than in Chinese authorities’ use of threatened and actual restrictions to steer news coverage. From Andrew Nathan in a ChinaFile Conversation that has run through the past week:

I don’t want to throw stones at Bloomberg — we still don’t know the whole story. But there’s no doubt that the Chinese government has become more coarse and threatening toward all those both abroad and at home who challenge its official stories on history, ethnic relations, the purity of the ruling party, and the rightness of the Chinese dream. Beijing’s treatment of foreigners is related to its treatment of its own people, like the purging of outspoken academics, crackdowns on civil society activists, and perp walks of domestic bloggers and newspaper reporters. This is not just a tactical tightening during the Third Plenum but a long-term trend, using the government’s growing resources of money and power to shape more aggressively what people can say about China [Source]

The Washington Post’s Fred Hiatt warned on Sunday that unless the allegedly spiked Bloomberg reports do appear, “Chinese officials will likely be emboldened to believe that their hardball tactics can succeed in shaping what Americans read — and don’t read — about their country.”

But what the Communist Party sees as propaganda success may not help the country in the long run, for at least three reasons.

Debates overseas on the most contentious issues — Tibet, Taiwan, the one-child policy — are waged by the sharpest partisans, while China scholars who might bring more nuance to the discussions stay silent.

The leaders’ desire to have China be seen as a confident new power on the world stage is undermined by their apparent fear of honest scrutiny.

And stifling scholarship and journalism doesn’t just harm Americans’ ability to understand the complexities of the world’s most populous country, it also limits information and analysis for China’s decision makers. In the end, that can’t be an advantage. [Source]