JPMorgan’s Fruitful Ties to a Member of China’s Elite 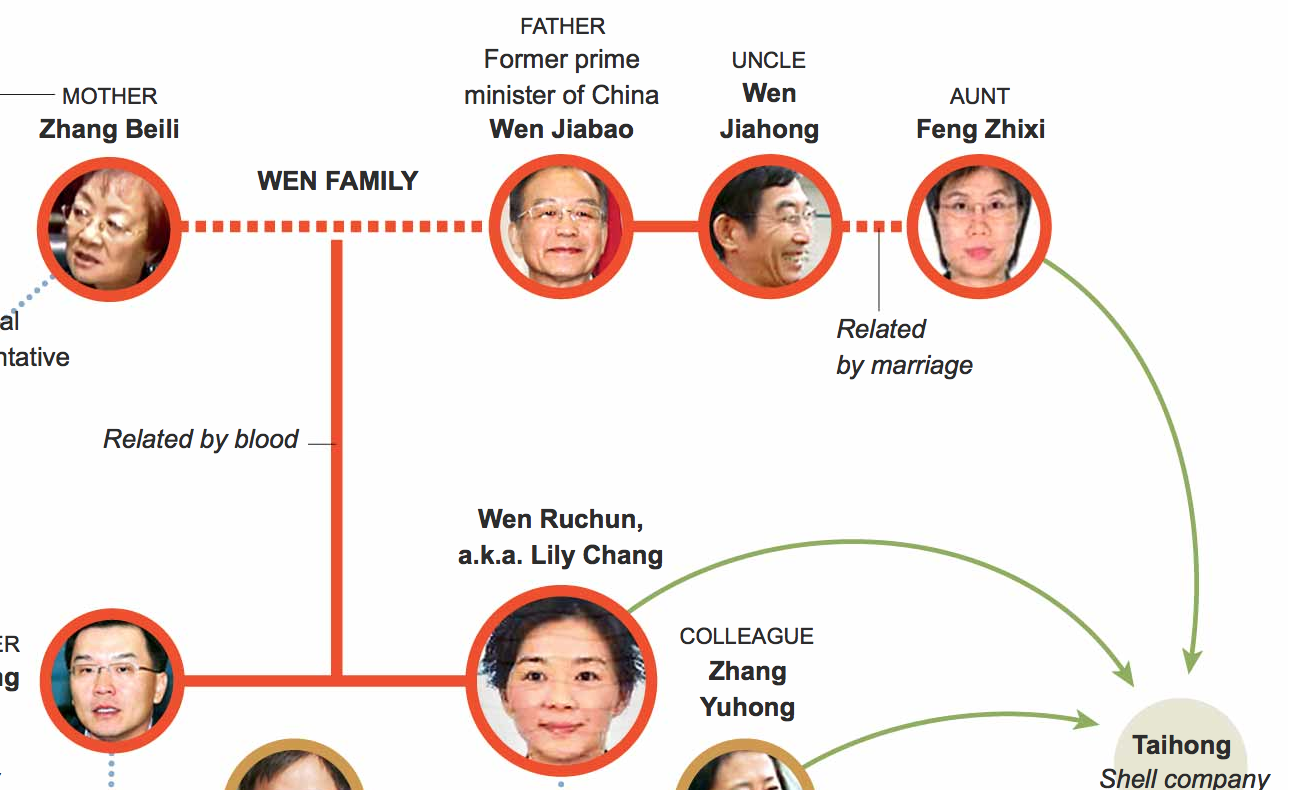 Days after reporting Bloomberg News’ alleged self-censorship of a story on financial dealings among China’s ruling elite, The New York Times reveals a $1.8 million deal struck in 2006 between JPMorgan Chase and a company run by Wen Jiabao’s daughter. From David Barboza, Jessica Silver-Greenberg and Ben Protess:

Ms. Chang’s firm, which received a $75,000-a-month contract from JPMorgan, appeared to have only two employees. And on the surface, Ms. Chang lacked the influence and public name recognition needed to unlock business for the bank.

But what was known to JPMorgan executives in Hong Kong, and some executives at other major companies, was that “Lily Chang” was not her real name. It was an alias for Wen Ruchun, the only daughter of Wen Jiabao, who at the time was China’s prime minister, with oversight of the economy and its financial institutions.

[…] Now, United States authorities are scrutinizing JPMorgan’s ties to Ms. Wen, whose alias was government approved, as part of a wider bribery investigation into whether the bank swapped contracts and jobs for business deals with state-owned Chinese companies, according to the documents and interviews. The bank, which is cooperating with the inquiries and conducting its own internal review, has not been accused of any wrongdoing. [Source]

The Times previously reported on the family’s business dealings in October 2012, while Bloomberg ran a similar exposé focused on Xi Jinping’s family that June. Both organizations’ sites were subsequently blocked in China. Shortly before the new report was published, Rachel Lu and David Wertime reported that the Chinese-language site of the Times’ apolitical T style magazine now also appears to have been blocked, though at this point the cause remains uncertain. From Tea Leaf Nation:

T Magazine has been a source of optimism for a news organization that had run afoul of Chinese censors before. The T Magazine Chinese-language site launched Oct. 10, 2013, about 10 months after Chinese authorities blocked both the English and Chinese language sites of the New York Times, likely in retaliation for the outlet’s Oct. 2012 story about possible corruption associated with family members of then-Prime Minister Wen Jiabao. T Magazine’s Chinese language site does not publish stories about politics, economics, or foreign policy, focusing instead on less controversial topics like fashion, design, education, and real estate. The day of the launch, the Times thought it possible the T Magazine site could, according to the Wall Street Journal, “pave the way for the unblocking of the publication’s English and Chinese news websites” in Mainland China. [Source]

Bloomberg’s alleged self-censorship combined with the denial of a visa for journalist Paul Mooney have prompted intense discussion of current reporting conditions in China over the past week.