‘China Will Win Over Western Opinion on Tibet, Xinjiang’ 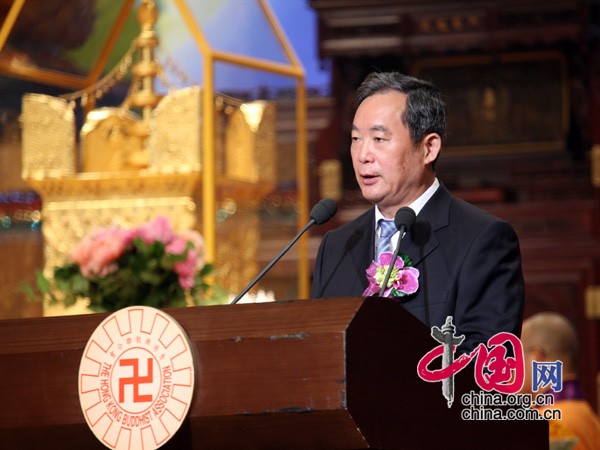 Over 100 people have died in a series of violent clashes in Xinjiang over the past year, and at least 125 Tibetans have self-immolated in protest of Beijing’s policies in Tibetan regions of China since 2009. As tensions in China’s long restive far west have been rising, foreign governments and advocacy groups have  repeatedly drawn attention to China’s recent human rights record. In a recent and lengthy article (full text available in Chinese and English) posted on China’s state-run Tibet.cn website, vice-minister of the United Front Work Department Zhu Weiqun expressed confidence that Western opinion on Tibet and Xinijang will inevitably fall into line with Beijing’s:

China has “time on its side” to win over Western opinion to its point of view on the restive regions of Tibet and Xinjiang, a senior official wrote on Wednesday, vowing with unusually strong language to ignore foreign pressure on human rights.

Zhu Weiqun, chairman of the ethnic and religious affairs committee of the top advisory body to parliament, acknowledged this would be a difficult task but said dissenting voices were beginning to be heard in the West.

[…] Tibet and Xinjiang are two of China’s most sensitive areas when it comes to foreign criticism of its human rights record. Tibet in particular is an emotive issue in the West, attracting high-profile support from politicians and celebrities.

Zhu said the West would finally “see the real face of the Dalai clique and ‘East Turkestan’,” referring to exiled Tibetan spiritual leader the Dalai Lama and the militant forces China says operate in Xinjiang.

Zhu said such views in the West was still “weak and isolated” but they represented “the trend of history”. Zhu was heavily involved in the past in Beijing’s failed efforts to talk to the Dalai Lama’s representatives. [Source]

For the Party line on the history of Western interference in Tibet and Xinjiang, see Zhu Weiqun’s lengthy article in its original Chinese, or in English (the second 2/3 of the 10-page English article was unavailable at the time of this posting). Also see prior CDT coverage of Tibet, Xinjiang, and human rights.