Pushing Back Against Government Surveillance 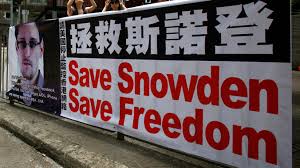 After the NSA spying scandal broke last year, a Beijing lawyer named Xie Yanyi filed a request with the Ministry of Public Security for information on government spying on Chinese citizens. His request was denied. For the New York Times’ Sinosphere blog, Did Kirsten Tatlow interviews Xie:

Mr. Xie, 38, who has defended political dissidents, journalists and Falungong adherents, as well as less controversial cases, said he filed his request for two reasons.

First, he truly wished to know. Second, he wanted to make a point: In an era of expanding surveillance nets emanating from the United States and other countries, the threat to private individuals is immense. But what goes on in China is a total black box despite the existence of freedom of information rules.

‘‘Look at Baidu,’’ China’s biggest Internet search engine, ‘‘and Google,’’ he said. ‘‘Google has some problems, but Baidu is totally in the government’s pocket.’’ [Source]