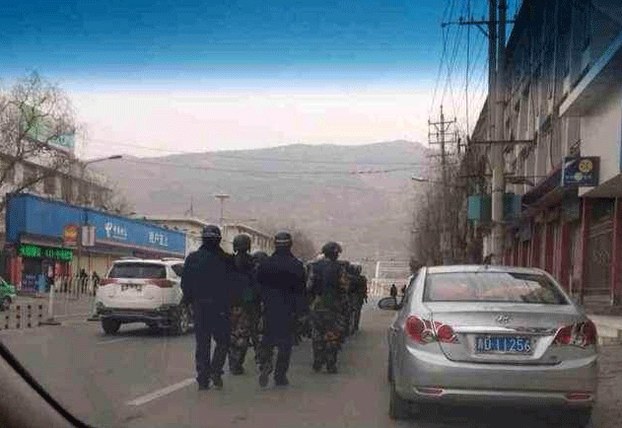 A Tibetan living in northwestern China’s Qinghai province has set himself on fire in protest against Beijing’s rule in the first self-immolation protest by Tibetans this year, triggering a security crackdown, local sources said Thursday.

Phagmo Samdrub, 29, set himself ablaze “for the cause of Tibet” at around 9:30 p.m. on Wednesday near the Panchen Day School in Dokarmo township in Tsekhog (in Chinese, Zeku) county in the Malho (Huangnan) Tibetan Autonomous Prefecture, a local resident told RFA’s Tibetan Service.

“On Feb. 5, a Tibetan called Phagmo Samdrub self-immolated for the cause of Tibet,” the source said, speaking on condition of anonymity and adding that Samdrub had been taken away by Chinese authorities.

By the early hours of Thursday, Chinese forces had tightened security “very conspicuously”  in Tsekhog and nearby Rebgong (Tongren) county, the scene of several earlier self-immolation protests, the source said. [Source]

The 29-year-old man is the 126th Tibetan to self-immolate since 2009 in a wave of similar protests against Beijing’s policies in Tibetan regions. This is the first Tibetan self-immolation since late December, when a 43-year-old monk died after leaving a suicide note calling for the exiled Dalai Lama’s return. Addressing the press yesterday in Shillong, India, the Dalai Lama expressed his desire to return to Lhasa and his hopes that he would soon be able to do so.

Pro-independence website Phayul.com cites RFA to report heightened security and military presence in restive Tibetan regions of China in the lead up to Losar, the Tibetan new year, which falls on March 2. Earlier reports from Phayul noted tension in the region last week on Chinese new year.

For more on tension in Tibetan regions in China, see “Grasping Hearts With an Iron Fist in Tibet,” via CDT, or all prior CDT coverage.