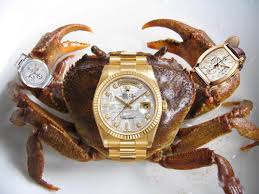 Last week saw New Citizens’ Movement founder Xu Zhiyong convicted of  “gathering crowds to disturb public order” and sentenced to four years in prison, two of his colleagues likewise convicted, and the trials of other New Citizens’ activists cut short after they fired their lawyers in protest. Some of the anti-corruption activists, whether convicted or awaiting trial, were charged for their calls for the public disclosure of officials’ assets. As activists were preparing to stand trial towards the end of 2013, the following netizen commentary on information disclosure, selected by CDT Chinese editors from FreeWeibo, was being disappeared from Sina Weibo:

严少雄45: They have the right to know your address, your assets, your relationships, your family, your work, your actions, your IP address, and even where you bought your kitchen knife and fuel… Nothing of yours is subject to privacy, it’s like your ass is exposed. But you have no right to know how they assume their posts and promotions, about their salaries, families, and assets… or how they spend the taxes you pay. Those bastards can keep all of these secrets…

*浦律师在山麓: Looking ahead to 2014, I would like to make a request for more information disclosure. For example, disclose the non-classified information about the Mausoleum of Mao Zedong to make clear what kind of legal entity it is—a governmental organ, an association, a public institution, or an enterprise; I would also request to know the annual expenditure of the Mausoleum. After all, even Hua Guofeng has been sent back to Shanxi. Let Mao rest, it must be so tiring for a man who’s already been dead for more than 30 years to keep working every day. Old Mao has a grandson—why not ask Xinyu to buy a grave plot and let his grandpa rest in peace? The Mausoleum can be changed to a museum for the Cultural Revolution, what a deal!