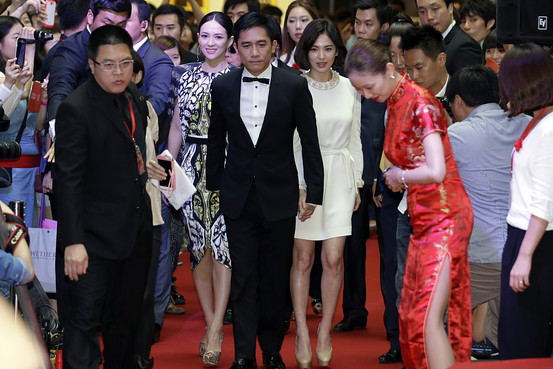 Domestic films soon will be censored by regulators in the province where film production companies are based, rather than by a national one, extending nationwide a program that had been in place in five provinces since 2010.

[…] Although the move loosens the central grip on censorship, insiders are skeptical it will do much to open up the industry.

Xie Fei, a prominent director and a professor at the Beijing Film Academy, called the move “a new bottle with old wine” on his verified Sina Weibo account.

Mr. Xie said film regulators “censor many local films that will never make it to screens to be seen by audiences” while “turning a blind eye to the absence of ratings on foreign films posted online as well as the messy situation of intellectual rights protection online.”

Meanwhile, Chinese regulators have set up the country’s first standardized domestic TV ratings system in a move to bring viewership data in accord with international standards. From Clifford Coonan at The Hollywood Reporter:

The new system will come into effect in July and is aimed at bringing Chinese ratings data in line with international standards and dealing with repeated complaints that viewership data in China is manipulated.

The Standardization Administration of China said in a statement that Chinese TV ratings should be consistent with international general standards and that the methods of surveying and the technology use should keep pace with the global norm.

“At the same time, the ratings system will have to match the specific situation in the Chinese TV ratings market, ensuring the smooth implementation of TV ratings surveys,” the statement said.

See also director Jia Zhangke’s explanation of his award-winning film A Touch of Sin‘s censorship in mainland China, via CDT.